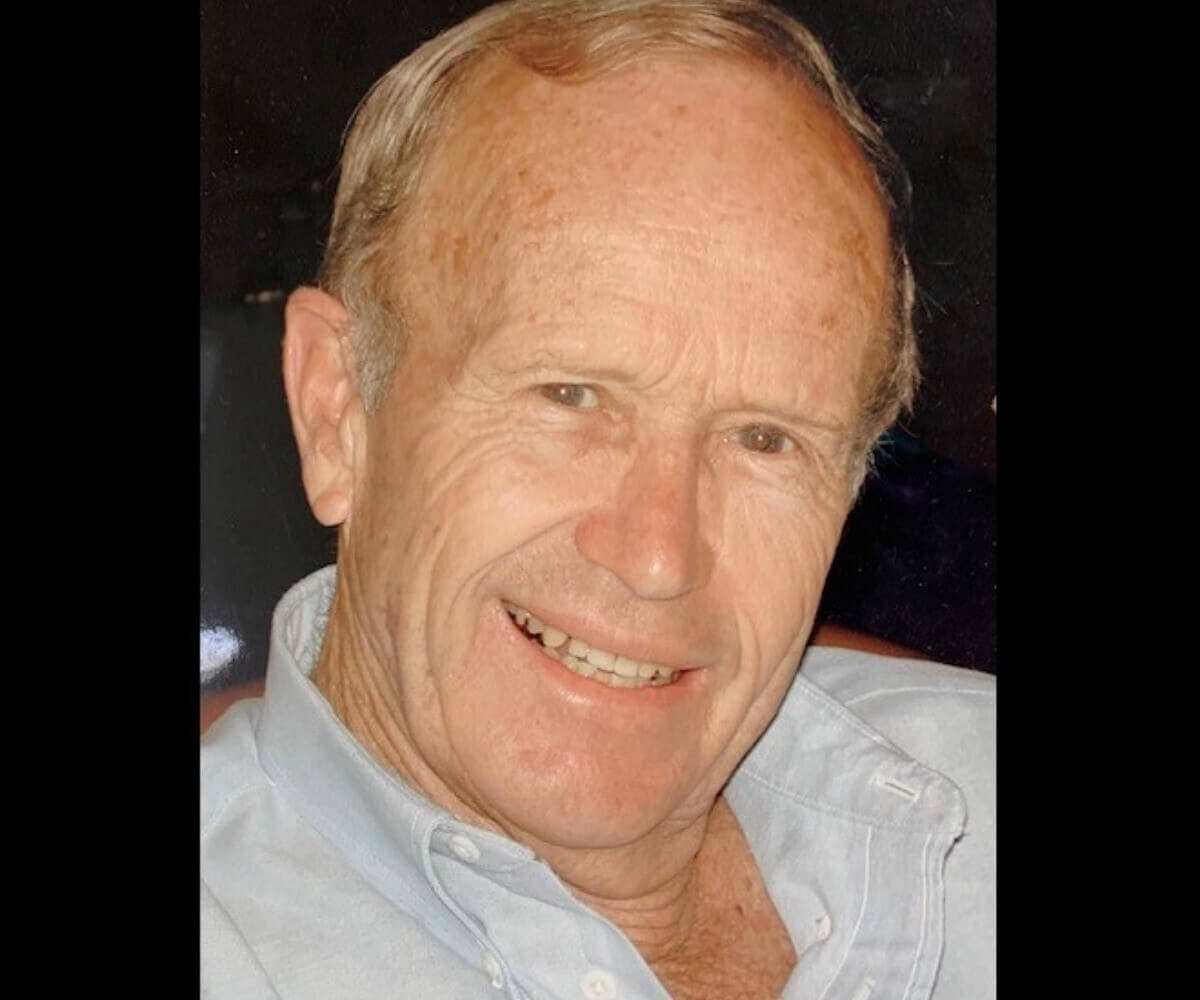 Preston C. Caruthers passed away at home peacefully on January 1, 2023, surrounded by his loving family. Preston was born January 18, 1927 in Covington, Oklahoma to Charles Preston and Leila Nye. He is predeceased by his wife Jeanne, his daughter Dana, and his younger sister, Gladys Marie. His older sister, Lorraine C. Snell, proudly carries on at 100 years of age.

Having lost his father at the age of three, Preston and his sisters were raised by their indomitable mother who faced profound hardship during the Great Depression and his sister Lorraine who became the breadwinner.

Preston was desperate to see the world and seek a better life that he’d only read about and dreamed of, so at 17, he joined the Navy thus foregoing his Senior year of High School. And that was the beginning of his extraordinary and adventuresome life.

After serving as a Corpsman in the Navy he joined his sister Lorraine and her husband, George Snell, in Arlington, VA. While attending GW on the G.I. Bill he learned the business and craft of home-building(from George). He met his beloved wife, Jeanne B. Simmons, during these college years. They made Arlington their home and together raised five children: Stephen Caruthers(Lou Ann), John Creasy(Kit), Lynn Shadyac (Richard-deceased), Dana Snyder(Jack), and Lisa Dawson(Porter). He absolutely delighted in his relationships with his eight grandchildren and 14 great-grandchildren.

Preston, together with George Snell, enjoyed a successful career in building and development. Preston was passionate about community service and either served on or led the following Boards: Arlington County School Board, Arlington Hospital(now VHC), Virginia State Board of Education, Mount Vernon Advisory Committee, Arlington Chamber of Commerce, Shenandoah Life Insurance, National Advisory Council on Vocational Ed, Virginia Foundation for Independent Colleges, and he signed the original charter establishing George Mason University. A truly generous philanthropist. He supported Marymount University, Shenandoah University, Arlington’s Outdoor Lab, the Nature Conservancy, St. Jude Children’s Hospital, helped save the Arlington Planetarium, and established a Nursing Scholarship at Arlington Hospital, to name a few examples of his generosity. His accomplishments were many, but so we’re his pleasures. Preston was an avid reader. He was fascinated by the world and loved to travel. An added passion was golf and he played well into his senior years. He had an extraordinary sense of humor and was well known for his (sometimes)practical jokes. An example for us all, Preston Caruthers enjoyed life to the fullest.

Services will be held on Tuesday, January 10 at St. Mary’s Episcopal Church 2609 N. Glebe Road, Arlington, VA at 11:00am. There will be a private burial ceremony for family only.