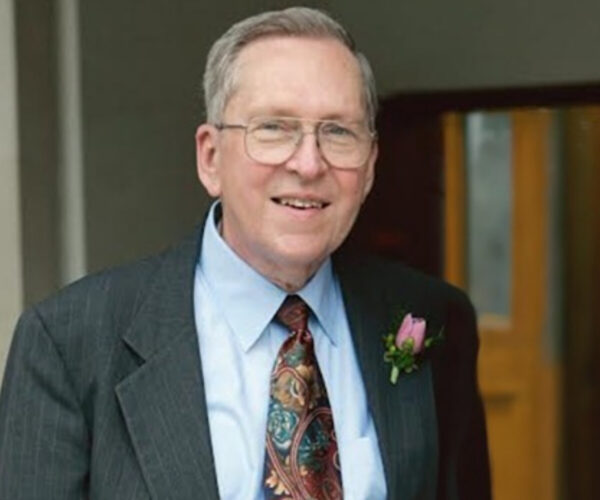 Bill’s true partner in life was his beloved Carolyn Agnes (Sadlow) Owczarski, better known as “Connie,” his wife of 65 years. Together, they raised their three sons–Paul, John, and Mark–starting in Loudonville, N.Y., then mostly in Cheshire, Conn., and the couple later lived in Arlington, Va., Gainesville, Va., and Raleigh, N.C. Bill was additionally blessed with three daughter-in-laws, eight grandchildren, and two great-grandchildren.

Born and raised in Adams, Mass., Bill was the son of the late William Felix and Louise Ella (Schwab) Owczarski. He attended both parochial and public schools in Adams, and went on to receive his bachelor’s degree in electrical engineering from the University of Massachusetts in Amherst, Mass., and his master’s degree in metallurgical engineering and Ph.D. in metallurgy from Rensselaer Polytechnic Institute in Troy, N.Y.

Bill began his distinguished career with positions at Sprague Electric in North Adams, Mass., in 1955 and with General Electric in Schenectady, N.Y. in 1958. In 1962, he began a nearly 30 year span with Pratt & Whitney and United Technologies Corp. where he contributed to the development of materials, processes, and manufacturing methods used to produce jet engines. His time there included positions in research, development, program management, and technology planning and resulted in many contributions to the fields of high temperature alloys, metals joining, forming, and casting.

From 1987 to 1989, Bill served as a Senior Policy Analyst and Industrial Research Institute Fellow in the White House Office of Science and Technology Policy under presidents Ronald Reagan and George H.W. Bush. During his appointment, he served as chairman of the Federal Coordinating Council on Science, Engineering and Technology Committee on Materials and was involved in other international science and technology policy issues.

Following his White House appointment, Bill was the director of external technology development for United Technologies in Washington, D.C., was a Research Fellow with the American Society of Mechanical Engineers, and worked in the Contract Research Division of Babcock & Wilcox in Washington before he retired in 1999.

Bill shared countless memories with Connie of their many family trips and activities with their three boys, and later their families; time with his close friend, the late C.P. “Pat” Sullivan and his wife, Kitty; time on Cape Cod or the Jersey shore with friends, the late Fred and Jane Loveless; and their time together as a couple or hosting family and friends at their home away from home in Jupiter, Fla. Bill was deeply committed to his Catholic faith, and on any given day, there was never a New York Times crossword puzzle Bill and Connie would not take on, together.

Visitation will be held on Friday, Jan. 20, 2023 at 10 a.m. followed by a Mass of Christian Burial at 11 a.m. at St. Raphael the Archangel Catholic Church, 5801 Falls of Neuse Road, Raleigh, N.C. 27609. In lieu of flowers, contributions in Bill’s memory may be made to Catholic Charities of the Raleigh Diocese at https://www.catholiccharitiesraleigh.org.