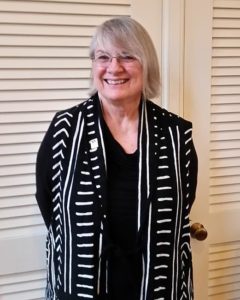 Arlington lost a pillar of progressive strength on Jan. 8 when Charles Washington Rinker Jr. passed away.

Fortunately, before his passing, Charlie and his wife Lora (co-founder and longtime Executive Director of the Arlington Street People’s Assistance Network or A-SPAN) were honored at a reception hosted by AHC “for their leadership and devotion to the Arlington community and their contributions to affordable housing and community development.”

At the reception, state Sen. Barbara Favola presented resolutions from the Virginia General Assembly honoring the life’s work of Charlie and Lora.

Charlie’s legacy was captured in the following remarks delivered by Karen Darner, former Virginia House of Delegates, at the Celebration of the Life of Charlie Rinker held at Rock Spring Congregational UCC on Jan. 18.

Fifty years ago Charlie and I attended a quadrennial conference of the Methodist Student Movement in Lincoln, Nebraska. I only realized that when I re-read my notes from the conference 20 years later and told Charlie. Small world!

The Rev. Martin Luther King Jr., was the keynote speaker and Charlie was to introduce him. Another Movement officer wanted to have that honor, so Charlie deferred to her — sounds like him, doesn’t it?

So he may have deferred to another that day, but we all know that when it came to civil rights and social and economic justice here in Arlington, Charlie never gave up until the job was done. Advocacy was his middle name.

Charlie was involved in a number of activities in Arlington, and even ran for the County Board. I think Mary Margaret Whipple said it best — “We may have lost the election, but we won the campaign.” Yes, Arlington began to learn more about this gentle man who brought people together to find real life practical solutions to problems the county would face.

Arlington’s “location, location, location” made it ripe for extraordinary redevelopment and our apartment stock quickly began disappearing from the rental category. The community that prided itself on living and working in Arlington was losing the “living” component because of rising rents and decreasing units. It happened to tenants everywhere and tenants were afforded very little respect. Charlie, by contrast, exuded respect for everyone. Moreover, the diversity Arlington championed as a treasure was slipping away. That was unacceptable.

The easiest way to summarize what Charlie and others instigated is to look at the organizations that have been requested as beneficiaries in lieu of flowers. If an organization has the word “housing” in it, Charlie’s fingerprints are all over it.

I like to think of all of them as the Home Team. Their names say it all…

Arlington Home Ownership Made Easier — or A-Home — seeks to increase the number of low and moderate income and minority households that are able to purchase homes here.

Buyers and Renters Arlington Voice — or BRAVO — has a significant mission of empowering renters: giving them a voice, and often in several languages.  END_OF_DOCUMENT_TOKEN_TO_BE_REPLACED