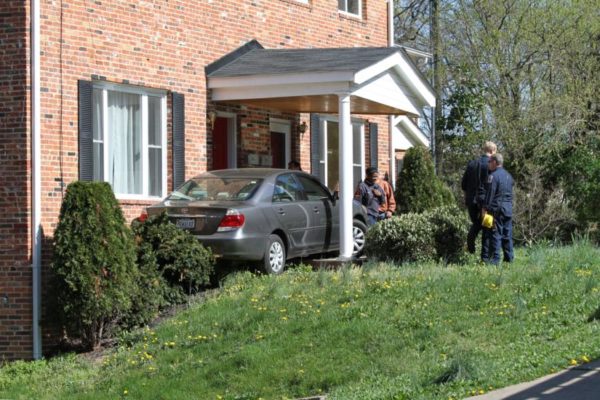 (Update at 7:10 p.m.) A woman somehow drove her car onto the front porch of an apartment building in the Columbia Heights West neighborhood this afternoon.

The accident happened at the corner of 8th Road S. and S. Emerson Street. A witness tells ARLnow.com that the driver was trying to back into a street parking spot when she lost control, hit the front of a Honda, drove in a U-turn in the front yard of the building and came to rest on the front porch. In the process, the woman’s car took out one of the porch’s columns.

The woman did not appear injured, though her car suffered significant damage to the drivers side. Firefighters from Fairfax County managed to drive the car off the front porch and into a nearby parking lot.