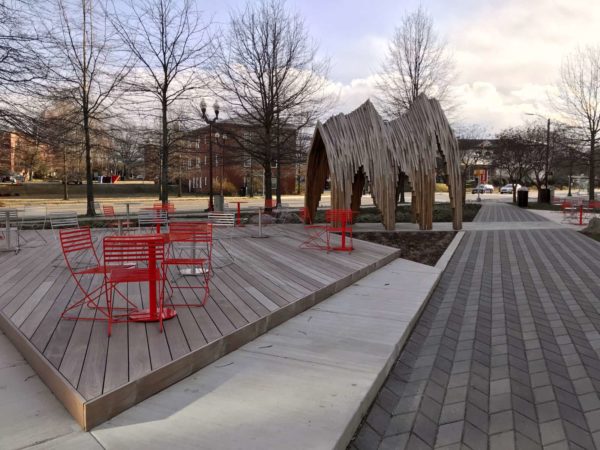 Big Costco Crowds Over the Weekend — The Pentagon City Costco drew big crowds and long queues of cars over the weekend, as people stocked up on supplies amid the ongoing coronavirus outbreak. There were some reports of the store running low on items like toilet paper. [Twitter, Twitter]

Vets Visit Iwo Jima Memorial — “This February marks 75 years since the American flag was raised atop Mt. Suribachi, depicted in the famous photograph by Associated Press photographer Joe Rosenthal. That photo became the model for the U.S. Marine Corps War Memorial in Arlington, Virginia. This milestone is the reason a group of more than 50 Battle of Iwo Jima veterans descended on the memorial this week.” [WJLA]

Strong Finishes for W-L Teams — Among other action this weekend, the Washington-Liberty boys placed second in the 6D North Region boys basketball tournament — and will now advance to states — while the W-L girls track team placed third at the state track tournament. [InsideNova, Twitter]

Voice of America Profiles Local Cornhole League — “A number of bars in Arlington, Virginia, offer their customers more than a selection of craft beers and cocktails, they offer them a chance to try their hand at cornhole, a game in which players take turns throwing small bags of corn kernels at a raised platform with a hole in the far end. It’s a unique bit of Americana that’s bringing people together.” [VOA News]

Owners of Bar Bao and The Lot Squabble — “The owners of Social Restaurant Group are accusing one another of fraud, financial mismanagement, and breach of contract in half a dozen lawsuits spanning the past year. The litigation involves at least five restaurants.” [Washingtonian] 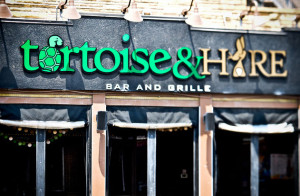 Tortoise & Hare (567 23rd Street S.) in Crystal City will be hosting a “Rock the Lot” fundraiser with the D.C. chapter of the West Virginia University Alumni Association this weekend.

A quarter of the proceeds will go to the medical care of Ryan Diviney, the WVU student from Ashburn who was badly beaten outside a convenience store in 2009 and left in a persistent vegetative state.

Another 70 percent of the money raised will benefit the American Cancer Society. The rest will be donated to Arlington’s police and firefighters.

Tickets to the event are $25 at the door or $20 online. The fundraiser, which is taking place from 2:00 p.m. until closing time on Saturday, will feature a cornhole tournament and the music of The New Relics, Modern Thieves, Flow in the Dark, Down Wilson and Rise & Fall. 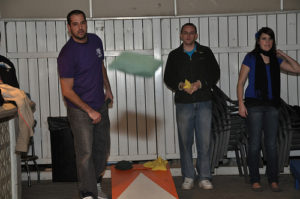 If you’re a fan of the beanbag-tossing game of cornhole, Clarendon Grill (1101 North Highland Street) is the place to be tonight. The bar will be hosting pick-up cornhole games starting around 7:00 p.m. There will also be free passes to the new movie Despicable Me, courtesy of the Arlington Athletic and Social League.

For the serious cornhole competitor, AASL still has a few spots open for its summer cornhole league at Clarendon Grill. Now in its second year, the 10 team league plays six regular season games on Tuesday nights. The season starts next week on June 8.

Photo courtesy AASL/CHASE Sports Group. Disclosure: ARLnow.com has worked together with AASL on a marketing initiative.