Just prior to its adjournment earlier this month, the Virginia General Assembly passed a resolution honoring Arlington School Board Chair Emma Violand-Sánchez. Dr. Violand-Sánchez was first elected to the School Board in November 2008. She plans to retire at the end of this year after completing her second term on the Board.

Dr. Violand-Sánchez was born in Bolivia, and has lived in Arlington since 1978. She received her B.S. and M.S. from Radford University and her doctorate in education from George Washington University.

Prior to her election to the School Board, Dr. Violand-Sánchez served for many years as an APS teacher and administrator. During that portion of her career, she developed and implemented a comprehensive English language program which has been used as a national model. She also established the first bilingual GED program in Virginia.

Dr. Violand-Sánchez retired from the APS faculty in July 2007. At the time of her retirement from the faculty, she was serving as the supervisor of the APS English for Speakers of Other Languages/High-Intensity Language Training (ESOL/HILT) program. For 11 years, she has worked as an adjunct professor of linguistics at Georgetown University.

She was instrumental in the founding of Escuela Bolivia, a student-achievement and leadership program focused on immigrant youth. That program now is known as Edu-Futuro. Through education, leadership development, and family engagement, Edu-Futuro empowers under-resourced Latino and other immigrant youth to become the next generation of professionals who can help to transform their communities.

Dr. Violand-Sánchez also is a founder and a current member of the Board of Directors of the Dream Project. The Dream Project provides scholarships, mentoring, and support to 100 promising immigrant youths, who come from 14 different countries, were educated in 22 Virginia high schools, and now attend 18 colleges and universities in seven states. In 2015, three of the first Dream Project scholars graduated, and 93% of scholarship recipients have been able to stay in college. I previously have written a column about this valuable project.

She has published several papers on family involvement, multicultural education, language minority education, and learning styles. She has two children, James and Julia, who are also educators and graduates of the Arlington Public Schools. They attended Key, Taylor, Williamsburg, H-B Woodlawn and Yorktown.

The General Assembly was right to recognize the many highlights in Dr. Violand-Sánchez’s distinguished career. 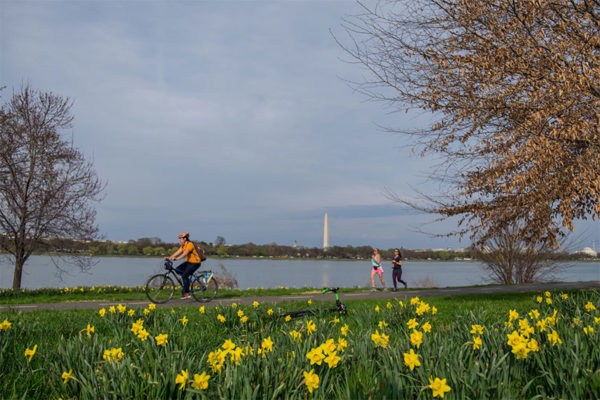 Ashton Heights Takes Stance Against Gun Store — More than 100 members of the Ashton Heights Civic Association voted last night on whether or not to take a position against the planned gun store in nearby Lyon Park. Fully 93 percent of those voting said they supported the civic association expressing opposition to the store, according to the group Act4LyonPark.

Raccoon Checks Out Home’s Toilet, Leaves — A woman in the Columbia Forest neighborhood called police after finding animal footprints on a toilet seat. The responding animal control officer determined that a raccoon had come down the chimney, apparently traipsed around the toilet and left. [Twitter]

GOP Convention Delegate Selection Gets Interesting — The prospect of a contested convention has made the selection of three delegates to represent Virginia’s Eighth Congressional District more interesting. At a recent Arlington County Republican Committee meeting, would-be delegates were asked who they would support for president. A reporter present didn’t hear anyone say Donald Trump. [InsideNova, InsideNova]

Condo for Sale Has a Unique Map of D.C. — A one-bedroom condo for sale in Rosslyn has a custom-designed map of D.C. painted across one of the walls. The mural was created by one of the current owners, who happens to be a former cartographer. [Washington Post]

Ouli Gets Attention from Local Tech Scene — “First Look: Could ‘Ouli’ Be the Concierge App for DC?” asks a new headline from a D.C. tech publication. The app’s creator, a software development firm on Lee Highway that has up until now served just corporate clients, says for now the app is focused solely on serving the Arlington market. [DC Inno] 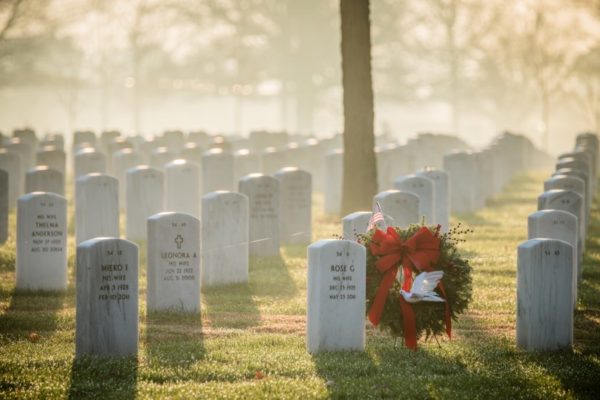 Last Minute NYE Options — Procrastinated on your New Year’s Eve plans? Our event calendar has some good suggestions, with events along the Orange Line and Columbia Pike. Some NYE events at popular Orange Line bars have already sold out of advance tickets. [ARLnow]

New Year’s Closures in Arlington — All Arlington County offices will be closed tomorrow (Friday) in observance of New Year’s Day, with the exception of the County Board offices, where the Board will hold its annual organizational meeting (see below.) Parking meters and zones will not be enforced Friday. Public libraries will close at 5 p.m. today and will reopen Jan. 2. [ARLnow, Arlington County]

Board to Hold New Year’s Day Meeting — The County Board will hold its annual Jan. 1 organization meeting tomorrow. It will be the first day of work for new Board members Katie Cristol and Christian Dorsey. A new County Board Chair and Vice-Chair will be chosen, but it’s unclear at this point who will be selected. [Arlington County]

Median Home Sales Price Rises — The median sales price for a home in Arlington rose 5.75 percent to $560,000 in 2015, faster than the rate of increase in Fairfax, Loudoun or Alexandria. [Washington Post]

Arlingtonian Surprised to Be Named 50 Millionth Passenger at SFO — Arlington resident Katheryn Castagna was getting ready to fly from San Francisco back to Reagan National Airport when she was surprised by airport officials and news crews, who told her she was the airport’s 50,000,000th passenger of 2015. Castagna, who works at CEB in Rosslyn, received two round trip tickets to Hawaii. [SFGate, CBS San Francisco] 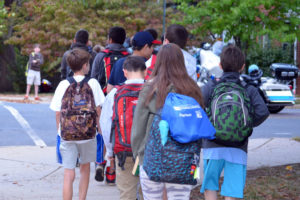 Across the country, the boom in unaccompanied minors emigrating from Central America has caused federal authorities to devote more resources to border protection and enforce stricter deportation policies.

While one Arlington official is calling the growth in this population a “crisis,” most say we’re not there yet. Nonetheless, the county is monitoring the situation and making preparations before such immigrants start to have an impact.

Tejada told ARLnow.com this morning that, while he wouldn’t characterize Arlington’s current population of unaccompanied minors as a crisis, the county is taking steps to prepare in case the population grows substantially.

“We’re organizing right now and saying, ‘how do we deal with this, what issues are we confronting?'” Tejada said. “The most important question is the welfare of the kids. How do we protect the children from being taken advantage of and falling into the wrong world? It’s a very complicated situation.”

According to Arlington Public Schools spokeswoman Linda Erdos, there were only 10 students identified as “homeless/unaccompanied youth” in the last school year. There were also 83 students in APS’ “Accelerated Literacy Support” program as of June, for older students new to the country who need additional literary support. That number increased from 22 students in June 2012.

“Because we are currently on summer break, we may not know the full impact on APS of the immigration of youth from Central America until the end of August and/or later in the 2014-15 school year,” Erdos said in an email. “We know that we need to be prepared to address this, given the reports in the media, and the response from the President and the federal government. We are also watching the situation closely because we know this may have a major impact on our operating budget.”

Arlington’s Department of Human Services hasn’t seen an increase in unaccompanied minors, according to department spokesman Kurt Larrick. There are always a few who come to the county every year, Larrick said, and those “tend to be older, they tend to have had a rough life at home.”

“I don’t think we’re at a crisis now by any means,” Larrick said. “We’re a long way from the Central American border so I don’t think it’s as acute locally as in other parts of the country.”

Both Larrick and Erdos said Arlington is an appealing destination for many of these immigrants because of its reputation for being welcoming, which dates back to accepting Vietnamese refugees during and after the Vietnam War in the 1970s.

Tejada said it’s impossible to know if the immigrants will eventually come to Arlington in large numbers, but instead of “being reactionary” as the county has been in the past to similar issues, this time the county is being proactive. Tejada said the county plans to organize “mobile Consulates” from different countries with populations in Arlington, such as El Salvador and Guatemala, in August.

“We’re alerting our partners to stand by,” Tejada said. “There will be a call to action at some point, but we have to be careful not to put out a false call when there is no need.”

Mario’s and Carvel to Remain Open Despite Sale — Mario’s Pizza House and Carvel Ice Cream shop (3322 Wilson Blvd) were sold at auction last month for $2.86 million, achieving one of the highest per square foot sales in Arlington. The tenants will continue to operate at the location because the sale was for the real estate only, not the businesses. [Globe Newswire]