It’s that time of year again — spring is around the corner, Shamrock Shakes are officially back at McDonald’s as of today, and Girl Scout cookies are currently on sale all around Arlington.

So where can you restock on your favorite seasonal baked goods? As in years past, local Girl Scouts are setting up shop all over the county. Most cookie-selling stations are located around grocery stores and Metro stations.

Here are some of the places around town you can get your grubby hands on those delicious cookies.

You can find a full list of places where Girl Scouts are selling their wares here. 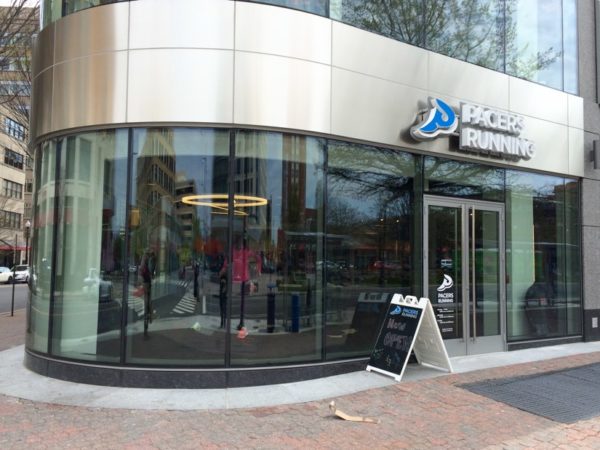 An event in Clarendon next week invites runners to wash down Girl Scout cookies with whiskey.

Pacers Running, located at 3100 Clarendon Blvd, is hosting a social run around the neighborhood this coming Tuesday (March 5) with some special treats available at the end.

The attraction of the event is nominally a chance for runners to try out ON Running’s “CloudSwift” shoes. But the unusual twist comes after the run is over.

Representatives from Pittsburgh-based distillery Wigle Whiskey will be on hand after the event sampling some of its liquor offerings. And with each new spirit, they’ll recommend a Girl Scout cookie to pair with it.

The run will start at the Pacers shop at 7 p.m. All running paces are welcome.

If you’ve got a hankering for samoas, thin mints and tagalongs these days, you’re in luck — it’s officially Girl Scout cookie season around Arlington.

Local troops have begun setting up booths around the county, with proceeds of the annual sale set to benefit the local Girl Scout Council of the Nation’s Capital and fund a variety of trips and programs for kids around Arlington.

Booths are generally set up at Metro stations, grocery stores and other popular spots in the county.

Here’s a look at some of the main spots to get your cookie fix over the next few weeks:

Photo via Girl Scouts of the United States of America

About a month ago, Girl Scouts began selling their famous — dieters might call them infamous — cookies in Arlington.

The net revenue raised from Girl Scout cookies funds the organization’s local council and troops, which in turn is used for trips or donated to community projects or causes.

This month Girl Scouts will again be posting up at Metro stations, grocery stores and other high-foot-traffic locales, offering a fix of their seemingly addictive mass-produced baked goods.

Below, after the jump, are some of the times and places places you can grab some Girl Scout cookies in March.

END_OF_DOCUMENT_TOKEN_TO_BE_REPLACED

Girl Scout cookie season is upon us, and there will be plenty of booths throughout Arlington where residents can get their sweet fix.

The net revenue raised from Girl Scout cookies funds the organization’s local council and troops, which in turn is used for trips or donated to community projects or causes.

According to the Girl Scouts website, booth sales in Arlington will kick off this coming Friday, Feb. 16. Below are some of the times and places places you can grab some Girl Scout cookies this month.

Photo via Girl Scouts of the United States of America 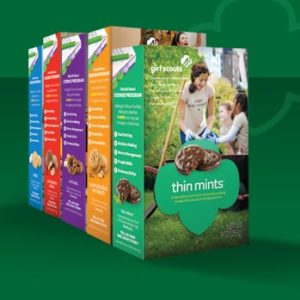 Girl Scout Cookie time is here and there are plenty of places to buy boxes of the addictive treats around Arlington.

This year’s selection includes favorites like Thin Mints, Samoas, Tagalongs, Trefoils, Do-si-dos and Savannah Smiles, along with some newer cookies recently added to the lineup.

Booth sales will be going on locally through at least March 20. You can search for sale locations on the Girl Scout website, or use this handy guide to find a sale location this weekend.

Scouts in sashes will be selling scores of sweets around the county, and it’s already underway. This afternoon, scouts will be posted up at the 1800 N. Oak Street Apartments in Rosslyn from 3:30 to 7:30 p.m., at the Ft. Myer Commissary (523 Carpenter Road) from 4:00 to 8:00 p.m., at the Giant Foods at 3115 Lee Highway, 2501 9th Road S. and 3450 Washington Blvd from 4:00 to 8:00 p.m. and at the Metro stations in Courthouse, Virginia Square, Ballston, East Falls Church, Pentagon City and Crystal City during the evening rush hours.

The Girl Scouts will be stationed at various places around the county until Sunday, March 22. That means you have less than a month to buy Thin Mints, Samoas, Tagalongs or any other of the scouts’ cookie options. 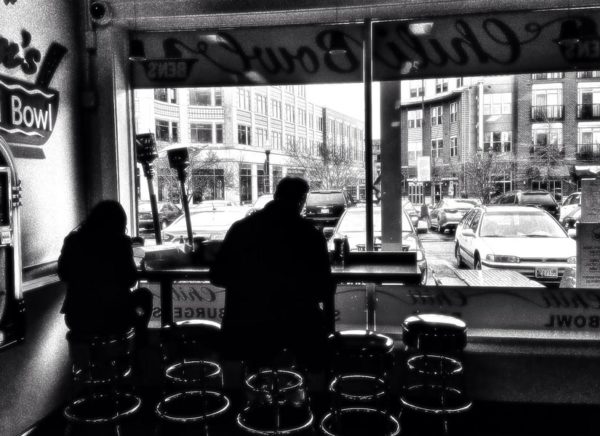 The season of sweets sold by scouts in sashes in upon us.

The Girl Scouts have a cookie locator for specific dates and times of public cookie sales. Some of the locations at which to find cookie sales around Arlington are listed below.

Arlington Homes For <$500k –A real estate blog has found 15 “starter homes” under $500,000 on the market in Arlington. “All of the properties… come with at least one parking space,” writes Amy Rose Dobson of Curbed. “Most of them have just entered the market within the past week and will probably move fast.” [Curbed]

Booth sales of Girl Scout cookies will get underway in Arlington later this week.