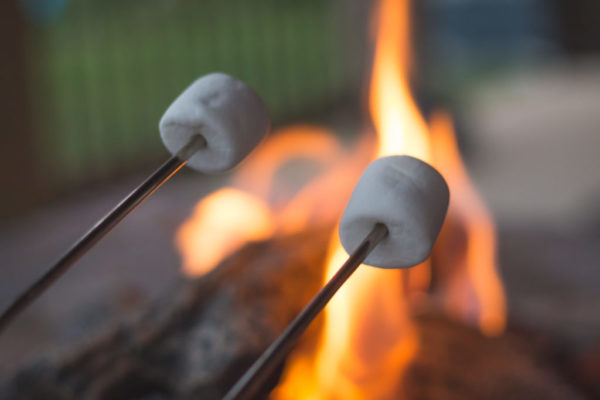 Arlington’s Department of Parks and Recreation is hosting a campfire series for families, staring this week.

The theme of this Saturday’s fire is “Nice Mice,” followed by an “Insect Chorus” event next Saturday 14 at the Long Branch Nature Center (625 S. Carlin Springs Road) from 7-8 p.m.

“The whole family is invited to join in our campfires, for lots of old fashioned fun,” wrote organizers on the event’s website. “You’ll hear campfire stories, may meet some animal guests, play games, sing songs and, of course, enjoy s’mores! Each campfire has a nature theme and promises to entertain.”

The series alternates on Saturdays between Gulf Branch and Long Branch until November 23, and each event costs $5 per person.

The county has hosted single-event campfires before, celebrating the Solstice in 2016, New Year’s Eve in 2011, and Memorial Day in 2010. 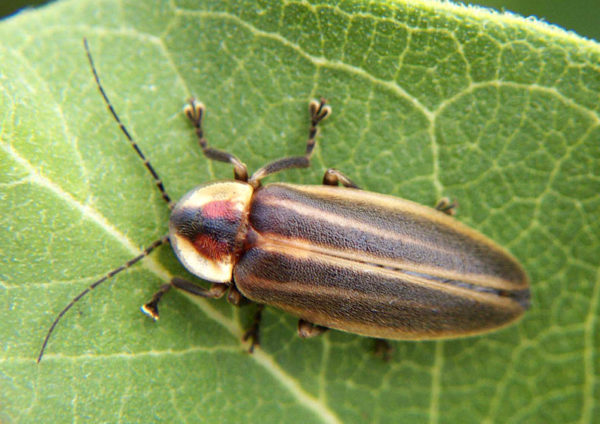 Families looking to enjoy the spectacle of bioluminescent beetles can check out the Firefly Festival next month at Fort C.F. Smith Park (2411 24th Street N.) in Arlington.

The annual event is being held Sunday, June 30 from 7:30-9:30 p.m. and will include games, bug hunts, crafts, nature walks and talks about fireflies.

Families with children ages 3 and up are encouraged to bring a blanket and dinner, as they wait for the fireflies to make their appearance at sunset. All children must be accompanied by an adult.

Registration is required and a $7 fee will be collected upon registration, according to the county’s website. Interested residents can contact Long Branch Nature Center or call 703-228-6535 for more information.

Why did the salamander cross the road? To get to the vernal pool breeding grounds, of course.

Most people wouldn’t laugh at that, but the joke might have killed at Thursday’s salamander patrol training session at Arlington’s Long Branch Nature Center.

The nature center holds yearly salamander training sessions to educate volunteers on the dangers that salamanders and other vernal-pool-dwelling amphibians face during the annual migration.

Amphibians generally live in ponds but some, like the spotted salamander or wood frog, only live in vernal pools — watering holes that dry up in the fall. These are ideal spots for the critters to thrive in, because predators like fish and other amphibians prefer year-round pools.

But because only two or three vernal pools remain in the increasingly urbanized county, hundreds of salamanders and wood frogs have no choice but to cross the pool-adjacent driveways and sidewalks, according to Jennifer Soles, an Arlington County naturalist and long-time Arlington resident.

Soles began the salamander squad program in 2013 after attending a master naturalist training the year prior. As Long Branch Nature Center volunteers were leaving the class, salamanders and frogs began their breeding ground migration — across the parking lot, and under a lot of car tires.

“They’re all there because they love nature and it’s their master naturalist training,” said Soles. “And everyone is running over the frogs and salamanders.”

Soles grabbed a flashlight and began escorting the unhurried salamanders off of the pavement, joined by other horrified naturalists.

Arlington’s naturalists have since tried to prevent further amphibian annihilation through the salamander training sessions. At the Feb. 8 training session, at least 16 community members learned how to protect their local croakers from another Arlington County naturalist, Rachael Tolman.

“If it’s a little squish, it’s a [spring] peeper, if it’s a medium squish, it’s a wood frog,” said Tolman, explaining how to fill out the alive-or-dead count portion of the form for the rundown animals. “If it’s kind of a spotted, long squish, it’s probably a spotted salamander.”

A salamander patrolman is nothing without his or her tool kit, which includes a reflective vest, headlamps, pens — and a garden spade for scraping squished salamanders off of the road.

While the event was intended to be for ages 13 or older, few teenagers were in attendance. Most volunteers were much older with a more developed environmental interest.

Peter Hansen, a Federal Reserve Board researcher, is a 24-year-old Arlington resident and one of the county’s master naturalists.

“I saw the email blast about the salamander patrol, and it sounded really hype,” said Hansen, noting that several of his friends are nature enthusiasts that he admires for their vast knowledge of the environment.

“I can add a lot of color to my experience in nature,” said Hansen. Most likely, he’ll be returning to serve on the salamander squad.