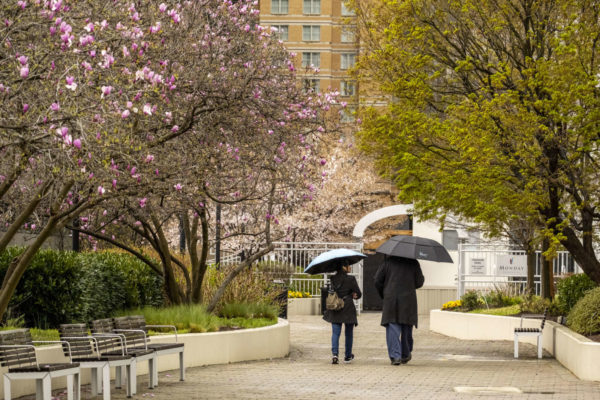 Feds: Comfort Inn Hosted Gun Cache — “Members of the Oath Keepers paramilitary group likely stored weapons at a hotel in Arlington, Virginia, as part of their plan to have an armed rapid-response force during the January 6 insurrection, federal prosecutors said. The new details flesh out previous accusations from prosecutors that members of the Oath Keepers assembled a ‘quick reaction force,’ or QRF, in Virginia that could deploy into the nation’s capital if needed.” [CNN, Politico]

Nature Centers Reopen — “Another sign things are returning to a semblance of normalcy, albeit slowly (this is Arlington, after all): The Gulf Branch and Long Branch nature centers, operated by the county government, have reopened. Hours and exhibitions are limited, but this marks the first time in nearly 13 months that Arlington residents have had consistent access to the nature centers.” [Sun Gazette]

Shirlington’s Past and Present — “This pet-friendly community five miles southwest of the District and adjacent to Highway 395 started off as a 27-acre former shopping center. Shirlington was one of the first strip malls in the country when it opened in 1944. For a while, it had the largest shopping center in the area and originally was named Chernerville, after automobile dealer Joseph Cherner, but the name didn’t stick. Instead, it was renamed Shirlington, a blending of Shirley Highway (395) and Arlington.” [Washington Post]

Amazon Not Abandoning Office Work — “As vaccines become more available, most companies may start to expect their workers back in the office and allow for just one or two days of teleworking a week — and Amazon is likely to be among them… That’s good news for many of the businesses and jurisdictions expected to benefit from the 25,000 to 37,850 employees Amazon has said it will bring to the D.C. region as it continues to build out its HQ2 campus in Arlington.” [Washington Business Journal]

Letter Writer: Don’t Hate on the Cicadas — “The message of the havoc wreaked on young trees and shrubs, and the month of constant shrill buzzing has sent home an idea of impending doom… Although the ominous message of cicada arrival is likely still in your head – and I can’t argue that cicadas aren’t a nuisance – I ask you to remember that they do have a role in our ecosystem and a purpose on our planet.” [Sun Gazette]