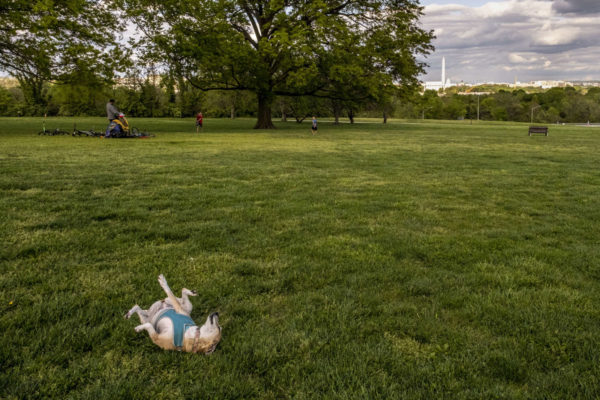 Va. Adopts New Workplace Safety Rules — “Today, the Virginia Safety and Health Codes Board acted to protect the Commonwealth’s workers by adopting emergency temporary standards, which set forth enforceable, common-sense requirements that employers must follow to protect their workers during the COVID-19 pandemic… Key requirements, such as those for physical distancing, workplace sanitization, and information sharing, will apply to all workers.” [Commonwealth of Virginia, Legal Aid Justice Center, Twitter]

Witness Helps Apprehend Robbery Suspect — “Two employees followed the suspect outside and attempted to take back the items, at which point a physical altercation ensued. The suspect assaulted the employees and threw the items at them. During this time, a witness heard commotion outside the business and went to investigate, but was struck by the suspect as he fled on foot. Arriving officers, with the assistance of the witness, located the suspect nearby and took him into custody without incident.” [Arlington County]

ACPD No Longer Working With Ring — “Amazon.com Inc.’s doorbell camera subsidiary Ring Inc. has partnered with more than 1,000 law enforcement agencies across the country, but it appears it won’t be making a similar arrangement with the HQ2-area police force. Despite quite a bit of interest last year, the Arlington County Police Department said it is no longer ‘actively seeking a partnership with Ring,’ which would have provided its officers access to a special police portal of the company’s Neighbors app.” [Washington Business Journal]

Amazon Delaying Return to Offices — “Amazon said it is allowing employees who can work from home to do so until Jan. 8., once again extending the timeline on a return to work for many of its employees.” [CNBC]

Local Stage Star Offers Singing Telegrams — “Her title role in ‘Porgy and Bess’ was postponed at the Kennedy Center this summer. Instead, Alyson Cambridge of Arlington, Virginia, is participating in Sing for Hope grams… The idea is to give personalized singing grams from Broadway and opera stars.” [WTOP]