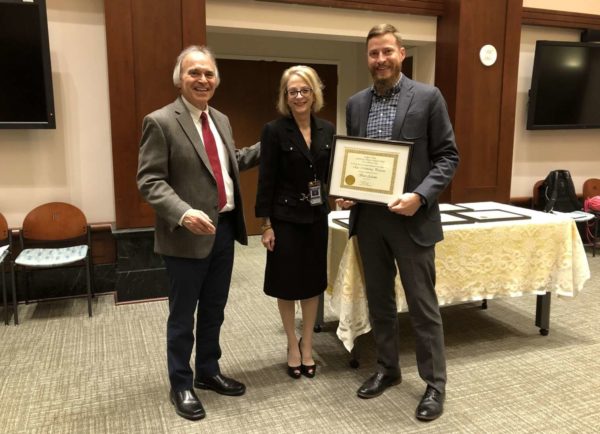 The program aims to provide a support system for young adults in Arlington County who might not have one at home, program coordinator Erika Yalowitz said. RISE also welcomes the siblings of at-risk students to participate in the activities.

RISE — which stands for Respect, Integrity, Self Esteem and Empowerment — offers group and one-on-one mentor-mentee interactions in sessions that are both recreational and formational, to build lasting quality relationships, Yalowitz said. One part of the program is about self-improvement and planning for the future, while another aspect is mentors and mentees bonding via activities like going to a movie theater or carving pumpkin.

The mentorship program’s goal is to build relationships that will benefit the mentees even after they graduate high school.

“Most [mentees] have stayed at least until they complete high school,” Yalowitz said. “And then when they find a job or when they want to go to college, they have someone in addition to their parents, or their uncles or aunts or teachers at school to give them recommendation letters for a job or for college, and that is very valuable because we are creating a support structure that they didn’t have before.”

Those interested in applying can reach out to Yalowitz via email at [email protected].

Local professionals have the opportunity to contribute to the Arlington community through new a mentorship program managed by Arlington’s Juvenile and Domestic Relations Court Services Unit.

RISE — an acronym for respect, integrity, self-esteem and empowerment — pairs at-risk kids with an adult in their community. Mentors help their mentees develop social, emotional and practical skills, program coordinator Erika Yalowitz wrote in an email to ARLnow.

“The objective is to provide young Arlingtonians a path to achieve their dreams,” Yalowitz wrote.

Yalowitz says participants in the program are usually Arlington high school students with histories of delinquency or status offenses, like breaking curfew or skipping school, or those who have been otherwise identified as at-risk. Participation is voluntary for mentees.

The group of mentors and teens typically meets in the evening on the first Wednesday of every month to participate in activities like hiking, bowling or mini-golf. Those interested in mentoring must commit to the program for a minimum of one year, submit to background and criminal record checks and attend on-site training.

Local businesses can also support the program by donating to help cover the cost of meals and activities. Anyone interested can contact RISE[email protected] or [email protected]

Janice Omadeke, CEO and founder of The Mentor Method, which matches mentors and underrepresented professionals, said she was always a top performer in her career. Yet she never found a good mentoring program at her previous jobs.

One of the reasons she founded the Arlington-based startup was because she thought she was being treated as another check box in previous mentoring programs for external attributes such as her skin color and age. 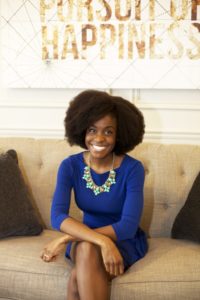 “I was disappointed by corporate mentoring programs that matched me based on my race or my age, and I never felt as though they really invested in me,” she said.

Technology is helping to correct that. When connecting mentors and mentees, The Mentor Method uses an algorithm that helps reduce implicit bias connecting people on a deeper level, Omadeke said.

The way The Mentor Method works is that a company, wanting to hire more inclusively, pays for the mentorship program, supplying its own top performing employees as mentors. Then Mentor Method connects the companies with mentees who enter the program for free.

The end goal is to increase employee retention while also increasing diversity in the workplace. “Stop losing top performers,” the company’s website urges.

A proof of its effectiveness: 90 percent of the startup’s mentor matches still communicate a year later, according to Omadeke.

“We’ve seen a lot of success, and it’s actually really exciting to go from having an idea in my living room to actually being able to help people,” Omadeke said. “That’s why I started the Mentor Method to really change the way people talk and view inclusion.”

The deeper mission of the organization is to help underrepresented professionals, particularly women and people of color.

One of the success story revolves around a Mentor Method user who who signed up as a mentee. The mentee had studied graphic design at a tech bootcamp and was having a hard time finding work because “she didn’t fit a certain box,” Omadeke said. While working at TGI Fridays the user was matched with a mentor at a large consulting company and within two months of their working relationship she was offered an internship which turned into a full-time job. 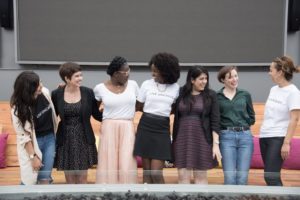 Omadeke noted that the mentor also benefited from the relationship, saying that it really opened the mentor’s eyes to other socioeconomic classes. Later, the mentor pushed more within the organization to ensure inclusive practices were considered at all levels.

When Omadeke thought about why some mentoring programs didn’t work, she noticed that companies didn’t put enough resources into the efforts. Or the company would have someone who ran the program as a side opportunity, not full time. As a result, she wanted to make a program that was seamless, pain-free and high-value as possible.

“That way companies can spend less time looking at spreadsheets and trying to figure out what to do and more time really seeing that data and reporting so that they know how to continue that investment in their employees,” Omadeke said.

The reason young professionals come to The Mentor Method is because it’s a challenge to find a mentor, she said. Perhaps their employer views them as a checkbox instead of an asset, or they may not feel valued at their company, or they just don’t have the resources to find a mentor.

“They’re also tired of standard corporate mentoring method that doesn’t really take into account personality, value, skill set, where you want to go,” Omadeke said. The Mentor Method “is a more people-focused, authentic approach to that and people are responding very positively to it.”