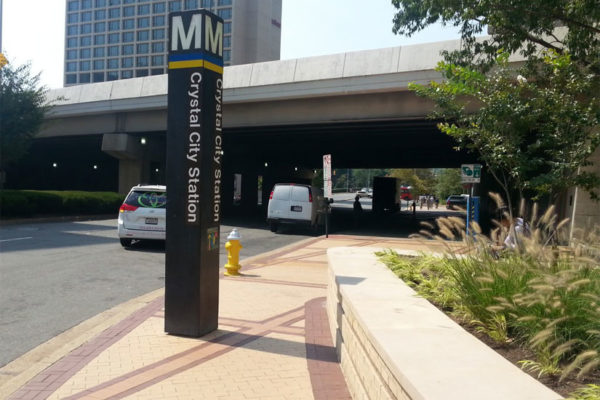 A new deal brokered by state lawmakers will send about $154 million to Metro each year, providing funding for badly needed improvements to the system — but Arlington officials fear the structure of the agreement could imperil planned Metro entrance projects.

For years, the county has been hoping to add second entrances to the Ballston and Crystal City stations to make it easier for people in those neighborhoods to access the Metro. But Arlington planned to pay for those projects with the help of a regional group that doles out money for transportation improvements: the Northern Virginia Transportation Authority, commonly known as the NVTA.

Yet the NVTA can only afford to fund that kind of construction effort with the tax revenue it brings in, and the dedicated funding deal hashed out in Richmond will divert a substantial chunk of that money to Metro for ongoing operations and maintenance.

Gov. Ralph Northam and his fellow Democrats had hoped to avoid that outcome by bumping up a few Northern Virginia tax rates instead, but the slim Republican majority in the House of Delegates scuttled that plan in favor of sending the NVTA money to Metro.

NVTA leaders aren’t yet sure just how much money the group will lose — they’re currently projecting a roughly $80 million drop in annual revenue for the next six years — but they are reluctantly admitting that the group will have to trim the list of projects it can fund in the coming years.

Arlington County Board Chair and NVTA board member Katie Cristol expects that will prompt indefinite delays of the projects at Ballston and Crystal City, or it could force the county to find new funding streams for them entirely, an unwelcome prospect given Arlington’s increasingly stretched finances.

“When there’s less money to go around, it forces a re-racking of priorities,” Cristol told ARLnow. “These would be transformational projects for us, but the need is different elsewhere.”

NVTA chairman Marty Nohe, a Republican who also serves as vice chair of Prince William’s Board of County Supervisors, says his group largely focuses on funding projects that relieve traffic congestion around the area. While he fully expects that adding second entrances at those Arlington stations would pull some cars off the road, he also notes that they likely won’t have the same impact as other road improvements elsewhere in Northern Virginia.

“That’s the nature of these multimodal projects,” Nohe said. “It doesn’t put more trains on the track, it makes it easier for people to get there and opens the station up to a larger segment of the Arlington population… so it’s a good example of the type of project that will absolutely be affected by a loss of NVTA funds due to the Metro bill.”

END_OF_DOCUMENT_TOKEN_TO_BE_REPLACED

Representatives from the county and the Northern Virginia Transportation Authority came together this morning to celebrate the Crystal City Multimodal Center‘s completion.

The center on 18th Street S. between S. Eads and S. Clark streets — next to the Crystal City Metro station — now has more bus shelters for use by local and regional buses, wider sidewalks, improved lighting, bike lanes and a kiss and ride zone where shuttle buses can also load and unload.

Funding for the $3.4 million project came a $1.5 million grant from NVTA, a grant from the Virginia Department of Rail and Public Transportation, a developer contribution and money from the Crystal City tax increment financing area.

“With these infrastructure improvements, Arlington is making it easier and safer for people travelling to and through Crystal City — whether they are arriving by bus, Metro, on foot or by car,” County Board chair Jay Fisette said. “It’s the latest example of how the county continues to invest in Crystal City and continues to build on the community’s vision of enhanced access and connectivity.”

NVTA funds projects across four counties and five cities in Northern Virginia, and officials said improvements such as those in Crystal City help the entire region. NVTA board chair Martin Nohe gave the example that a stopped train in Arlington at 7 a.m. can cause parking problems in Woodbridge at 8 a.m., and the center will help ease congestion worries.

“The people of truly every Northern Virginia jurisdiction are benefitting not just from this project, but every other project throughout Arlington,” Nohe said.

Fisette said that such projects and an emphasis on transit helped Arlington be recently named the best city for millennials. Without planning and the community’s input combined with bodies willing to help with financing, projects like these could never come to fruition, he said.

In addition, the NVTA approved $5 million for the design of WMATA traction power improvements on the Orange Line, and $7 million for 10 new buses on Virginia Metrobus routes.

The package approved was the first to be directly allocated funding from the controversial transportation bill, HB 2313, passed by the General Assembly in the spring. About $270 million is estimated to come to Northern Virginia in funding this fiscal year, $190 million of which was available to be allocated by the NVTA.

The other $80 million will be distributed directly to localities. Arlington is projected to receive $11 million in direct funding, which it expects to direct to its Transportation Capital Fund.

The NVTA voted unanimously to approve $116 million in pay-as-you-go funding and more than $93 million in bond funding, pending a bond validation. Of Arlington’s approved projects, only $4.3 million for the Boundary Channel Drive/I-395 interchange will go through the bond process.

The state began collecting funds for the projects July 1 when a series of tax increases and other funding measures took effect. Over the next six years, HB 2313 is expected to raise more than $1.5 billion total for the region and close to $200 million for Arlington alone.

Other projects that were approved for funding that could have an impact for Arlington residents include $838,000 to the Northern Virginia Transportation Commission for the study of transit alternatives on the Route 7 corridor between King Street and Tysons Corner and five new DASH buses in Alexandria.

One project that did not come up in the discussion was the Columbia Pike Streetcar project. Critics of the streetcar were calling the lack of funding another loss for the controversial project, but Arlington officials did not submit it for consideration.

The Columbia Pike Multimodal Improvement Project, the purchase of four additional ART buses, the Crystal City Multimodal Center, and Boundary Channel Drive- I-395 interchange improvements — which include construction of two roundabouts as well as safety and aesthetic improvements — are under consideration by the Northern Virginia Transportation Authority to receive funding under the bill, HB2313.

In Fiscal Year 2014, the NVTA is expected to have $190 million to spend, and the authority is considering 32 projects across the counties of Arlington, Fairfax, Loudoun and Prince William and the cities of Alexandria, Fairfax, Falls Church, Manassas and Manassas Park. Arlington’s four projects on the list that cost a combined $18.835 million.

County Board member Chris Zimmerman is Arlington’s representative on the NVTA, which is responsible for allocating 70 percent of the expected $1.6 billion in funds the region will receive from HB2313. The remaining 30 percent will be given directly to the localities.

The proposed list, culled by the Project Implementation working group that Zimmerman chairs, costs a total of $186.99 million. The NVTA has indicated in its recent meetings that it will decide to allocate significantly less than that because the $190 million is a projection and no actual revenues have been raised. Even if all four Arlington projects make the final cut, however, the money Arlington is expected to raise will be less than it receives in regional funding, Zimmerman said.

Arlington’s return on investment “is meant to [even out] over time,” Zimmerman clarified when reached by phone earlier this week. “I think all four projects for Arlington are strong regional projects.”

The statute dictates that each locality must receive approximately equal benefit to what it puts in, but that doesn’t necessarily mean a dollar in and a dollar out, said Regional Transportation Planning Coordinator Jennifer Fioretti, who has worked closely with Zimmerman for the NVTA.