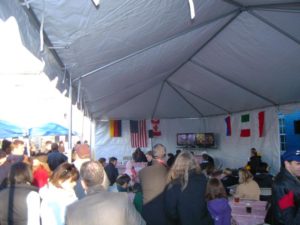 The oysters, barbecue pork sandwich and homemade mac ‘n cheese were all delicious, as was the Brooklyn Brown Ale and other beer selections. Unfortunately, the chilly weather and the relatively tiny TVs made for a less-than-satisfactory viewing experience. About half the crowd had cleared out by the third period, although some merely walked a few steps to the Majestic Lounge, Evening Star’s back bar.

Inside the lounge, the roar following Team USA’s last-minute goal was deafening. Perhaps the only comparably loud moments during the game were the sporadic “f*** Sidney Crosby”  chants. After Crosby scored Canada’s winning overtime goal, however, the formerly boisterous crowd seemed too deflated by the loss to get another chant started.

Perhaps they could have taken some revelry-in-the-face-of-dejection pointers from the Team USA fans at this Arlington bar. 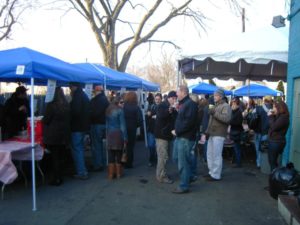 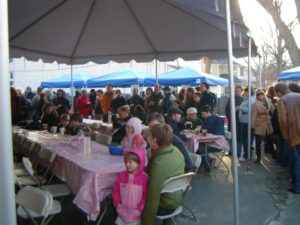