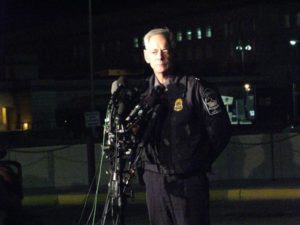 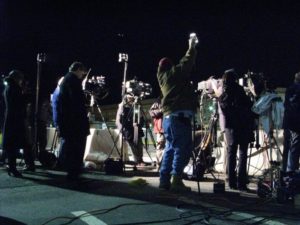 The Pentagon is currently holding a press briefing on tonight’s shooting. Here’s a statement issued by the DoD:

“A shooting incident has occurred at the Pentagon Metro Entrance this evening at approximately 6:40 p.m. EST. Two Pentagon Force Protection Agency (PFPA) officers were injured when an unknown suspect fired at them. The suspect was injured in return fire from the PFPA officers. Injuries to the two PFPA officers do not appear to be life threatening. A suspect is in custody and his condition is unknown [update: ‘very critical’]. All three injured have been taken to a local hospital. All Pentagon entrances were secured for a brief time but have since been reopened with the exception of the Pentagon Metro entrance. The incident is under investigation. More details will be released when available.”