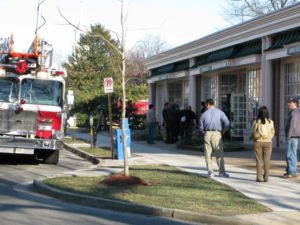 Four people were sent to the hospital after a carbon monoxide leak at a small shopping center on the 700 block of 23rd Street South in the Aurora Highlands neighborhood.

Nobody was believed to be seriously ill, according to WUSA9. An earlier version of this story cited NBC4, which reported that three people were seriously sickened.

The leak was first reported by customers who began feeling sick in the California Nails salon.

The Aurora Hills Cleaners, Arlington Realty and Pure Media Signs stores were also affected by the leak. There is a preschool located in the same shopping center, but no one there became sick, we’re told.

Firefighters and Washington Gas crews spent hours trying to track the source of the leak, although it’s not clear whether the source was located. At least two of the stores will remain closed tomorrow morning.

The leak prompted a large fire department response to the relatively quiet stretch of 23rd Street, near Crystal City. In addition to Arlington County units, at least three hazmat trucks from the Alexandria fire department were on scene. 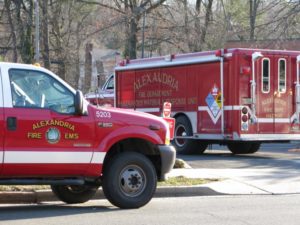 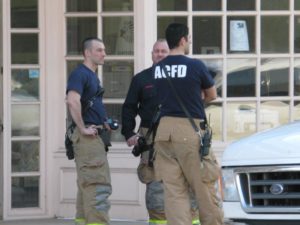 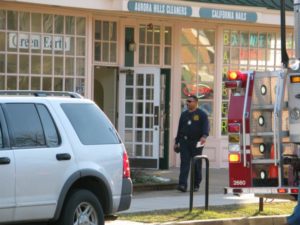 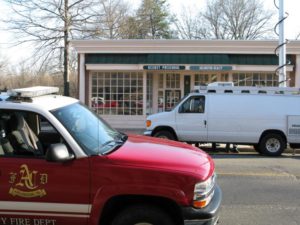