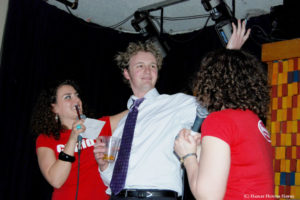 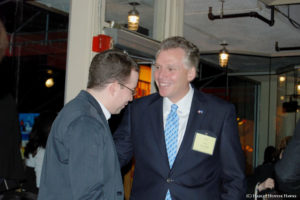 The event at Clarendon Grill featured dates of all flavors: two dozen men and women; straight, gay, and bisexual. Even “pairs looking for a double date” were auctioned off.

A few other auction items brought in big bucks. The top money-getter was a lunch with former Democratic National Committee chair Terry McAuliffe, which went for $650.

Over 300 people attended the event, according to organizers. In addition to the 100 pounds of canned and non-perishable food collected at the door, half of the money raised, about $4,000, will go to the Arlington Food Assistance Center, which delivers groceries to those in need.