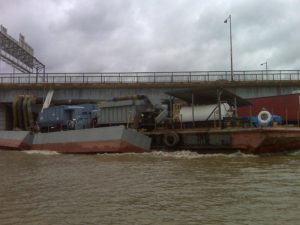 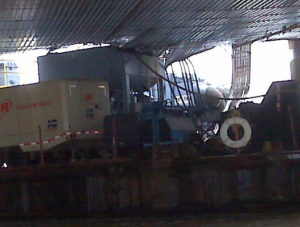 An 80-foot barge carrying equipment for the 14th Street Bridge construction project broke loose from its anchoring on the Potomac River and rammed one of the bridge’s columns Monday morning.

There’s no sign of significant damage to either the bridge or the barge, according to the U.S. Coast Guard. 14th Street Bridge traffic was not interrupted, and no injuries or fuel leaks were reported.

Boats from the Coast Guard and D.C. police and fire responded to the incident, which occurred just before 11:00 a.m. Flood waters from recent heavy rains and snow melt caused the barge to break loose, according to the Coast Guard.