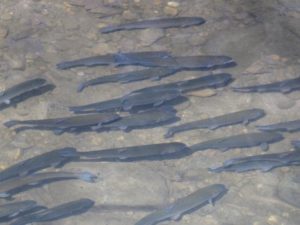 Holy mackerel, you say, there’s trout fishing in Arlington? You bet your bass there is.

On Saturday morning more than 100 anglers showed up at Bon Air Park, not far from the high-rises of Ballston, for the beginning of Arlington County’s trout season. From 9:00 a.m. to noon, the kids 15 and under has free reign of the prime fishing spots along Four Mile Run, without adult competition.

Arlington’s trout season lasts about six weeks, effectively ending when all the trout have been caught. Trout cannot naturally survive in Four Mile Run due to the lack of cool, shady spots during the summer, so the county parks and recreation department contracts with a fish hatchery in West Virginia to stock the stream from Barcroft Park to Bon Air Park every third weekend in March. An annual Four Mile Run stream clean-up, every second weekend in March, is timed to coincide with the beginning of trout fishing season.

The trout program has been around for nearly 20 years, but was nearly canceled this year due to the county’s budget problems. The go-ahead for this season came in at the last minute, which caused a drop in attendance on Saturday due to the lack of advance notice, according to veteran park ranger Lynda Kersey. About 600 anglers from all over the area will take advantage of the trout fishing by the end of the season, Kersey said.

Volunteers from Trout Unlimited were on hand Saturday to help park rangers stock the stream, answer questions and set up fishing lines. Volunteer Dan Kelly said he could only think of three or four other stocked trout streams in the immediate Alexandria/Falls Church/Fairfax area.

Trout caught locally can be eaten but should be thoroughly cleaned and cooked first, according to the parks department. Anglers over the age of 15 must have a Virginia State Fishing License, available for sale at National Pawnbrokers (3100 Lee Highway) or at the Sports Authority in Potomac Yard. 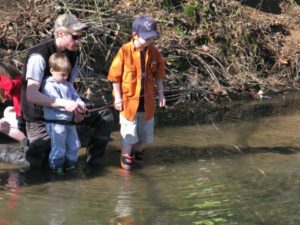 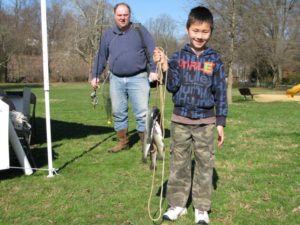 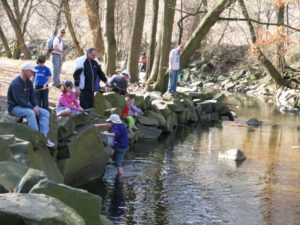 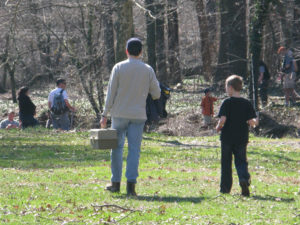 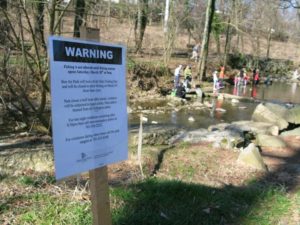 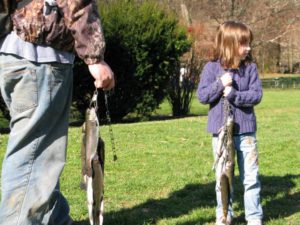 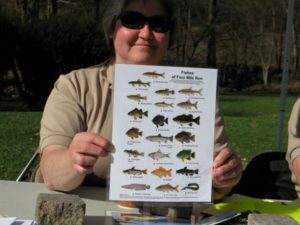