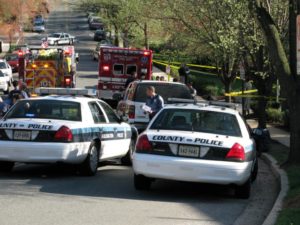 Update on 3/25/10 — Police say they’re investigating the possibility that the suspect killed a woman in Fairfax County prior to committing suicide.

Update at 9:00 p.m. — This article is presented as first published. Police now say the man shot himself as soon as officers arrived on the scene.

“He just told me my baby is dead!” the mother wailed out, as neighbors watched from across the parking lot. A detective just broke the news that her son had been shot and was lying dead on a sidewalk. Another detective allowed a family member he was questioning go console her.

Neighbors in the garden apartment community, located off of South Quincy Street near Columbia Pike, mostly stood quietly and observed. Some talked in groups. Others were crying.

A rare incident had occurred less than an hour before this moment. Shots had rang out in Arlington. At this point we don’t know who fired the shots (or shot); that will come later in a police statement or press conference.

What we do know is that police received a call for a man with a gun around 4:00 this afternoon, near South Quincy and 12th Street South. A radio transmission said he might have been threatening to kill someone. Minutes later: “Shots fired! Shots fired! Shots fired!” Seconds later, the word that the suspect had been shot in the head and was dead.

The scene was secure, an officer said. 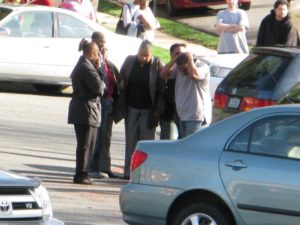 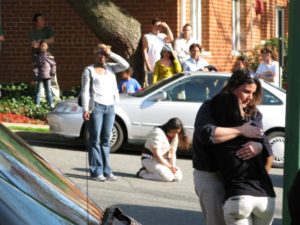 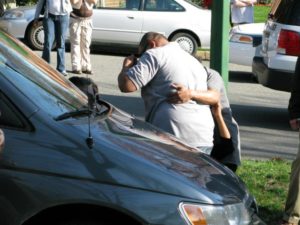 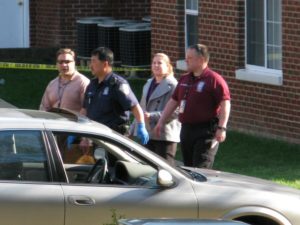