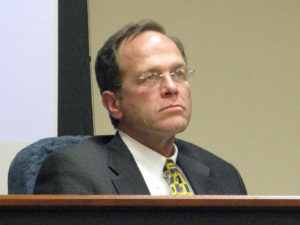 Dr. Murphy made the comments at Thursday night’s school board meeting. He did not elaborate on what sort of partnerships might be possible.

“I think that a lot of the noise we’ve been making online has helped to do this,” said an elated Raphael Perrino, who has been helping to lead the charge with comments on the popular “Save the Arlington VA Planetarium” Facebook page and with an online petition that has garnered more than 220 signatures.

One of the signatures on the petition is purportedly from Mike Leinbach, NASA’s space shuttle launch director and a colleague of David M. Brown, who perished in the 2003 Columbia disaster.

“Dave’s commitment to exploration and education was unsurpassed by anyone, and naming the planetarium for him is a perfect tribute,” Leinbach wrote. “I sincerely hope the county decides to keep the planetarium open.”

Among the speakers at the board meeting was Alice Monet, Arlington parent and astronomer at the Naval Observatory.

“It would be a really sad waste of a very valuable educational resource,” Monet said of the proposed closing.

A final decision of the planetarium’s fate will likely be made by April 24, the date set for the final adoption of the school system budget. 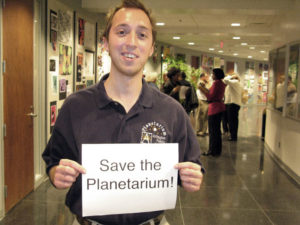 More Stories
Crash On GW Pkwy Causes Problems for CommutersTo Do This Weekend: Lots of Things