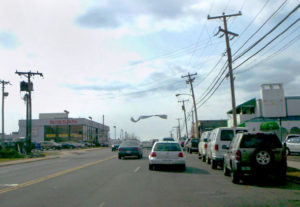 Columbia Pike’s 200th anniversary is less than two weeks away, and Pike leaders are planning a birthday bash to mark the occasion.

The Columbia Turnpike Company, which built the Pike, was chartered by congress on April 12, 1810, when Arlington was still part of the District of Columbia. The Pike has since been a thoroughfare for soldiers during the Civil War, the site of a freedman’s village, and a location for a World War II prisoner-of-war camp (some of the German soldiers held there helped to repave the Pike at one point).

On Monday, April 12, between 6:00 and 8:30 p.m., the Pike will celebrate its history at the Salsa Room (2619 Columbia Pike). The free event, which is open to the public (RSVP here), will feature speakers, a birthday cake and a cash bar. Speakers include Arlington historian Sara Collins, county board vice-chairman Chris Zimmerman, and Dr. Talmadge Williams of the Black Heritage Museum of Arlington.

“It’s an exciting time,” says Pamela Holcomb, managing director for the Columbia Pike Revitalization Organization. “People who are living here might not realize just how rich the Pike’s history is.”

There will be other bicentennial events throughout the year, Holcomb said. Also expect to see “Pike 200” banners popping up on street lights along the Pike soon.