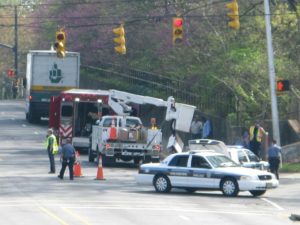 Update at 1:15 p.m. — Columbia Pike has been reopened, although one eastbound lane remains closed.

A county traffic engineer was seriously injured in an accident on Columbia Pike around 10:30 this morning.

The engineer was in a cherry picker, working on the traffic lights at the intersection of the Pike and South Wakefield Street, when a moving van clipped a part of his truck, according to Arlington police spokesperson Det. Crystal Nosal.

The man fell hard to the street below, witnesses told ARLnow.com.

The victim, whose name has not been released, was taken to a local hospital by county paramedics. He suffered two broken legs but is expected to be okay, police said.

The moving van and its driver remained on the scene. Police were seen marking the street around the van and talking to the driver.

No word yet on whether any charges will be filed. 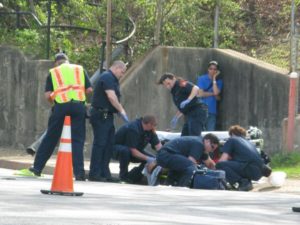 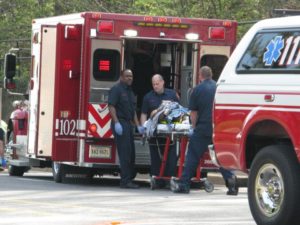 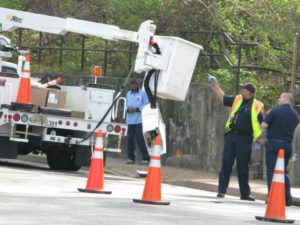 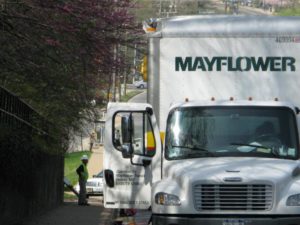 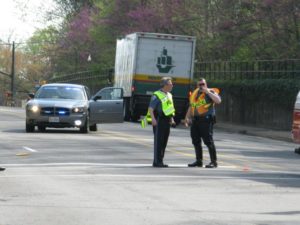 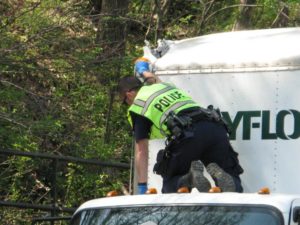