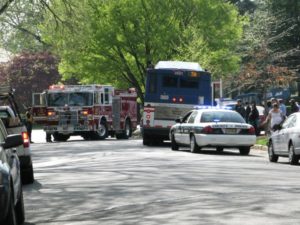 A woman was hit by a Metrobus while waiting at a bus stop on South Buchanan Street in Arlington’s North Fairlington neighborhood around 10:00 this morning.

The woman was leaning over near the curb when the bus struck her in the head, Metro spokesperson Ron Holzer said.

She suffered minor cuts and was taken to a hospital, according to Holzer.

Witnesses said the woman was bleeding from the forehead when paramedics arrived.

A small crowd of commuters gathered near the scene, waiting for the bus to go back in service as Arlington police officers and Metro personnel talked to the driver and took notes.

Holzer could not say whether the driver was put on administrative leave after the accident. 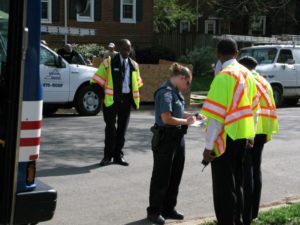 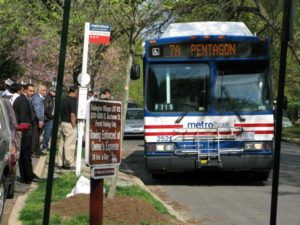