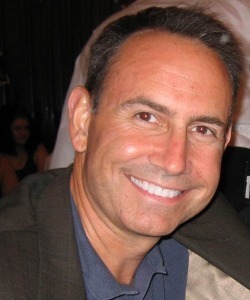 Patrick Murray is ramping up his rhetoric in the somewhat low-key Republican primary battle for Virginia’s eighth congressional district.

Murray, who is challenging Matthew Berry for the right to face incumbent Democratic congressman Jim Moran in the fall, sent an email to his supporters today blasting Moran and the Obama administration.

Murray, a retired U.S. Army colonel, wrote about the need to reverse “the dangerous course that the Obama administration has carelessly taken us on.”

Also in the email, Murray sounded a bit Ted Stevens-esque when he referenced our “our innovative use of every modern communications tool at our disposal.”

“Two of those tools are Facebook and Twitter!” Murray wrote. “You have probably heard of them (Obama’s use of these new media techniques was widely publicized during his campaign).”

Murray has largely avoided mentioning Berry during the course of his campaign. He has, however, repeatedly criticized Moran and the Obama administration, and has focused much attention on the issue of securing the country’s borders.

On Monday he said on Twitter: “Times Square terrorists have international links. Now can we focus on securing the border?”

On the recent anniversary of the Oklahoma City bombing, Murray released the following statement:

On this sad day remembering the 15th anniversary of the bombing of the Murrah Federal Building in Oklahoma City we are reminded of the need for increased vigilance on the part of all Americans to combat domestic acts of terrorism.  Unfortunately, we live in an increasingly dangerous world with no shortage of people with extreme ideological philosophies who wish us harm.  In a free society like America, our natural vulnerability can be protected only by combining an aware and observant people with government determination to secure our borders and keep terrorists out of our country.

I am disappointed in the current direction of the Administration which has abandoned programs to secure our borders and defunded the border fence. I call on Congressman Moran to introduce legislation to appropriate the funds necessary to secure our borders for the safety and security of the American people.

Murray, Berry and Moran will soon face off in a three-way debate sponsored by the Alexandria Chamber of Commerce.  The debate will be held at the Pentagon City Ritz-Carlton on Thursday, May 13.