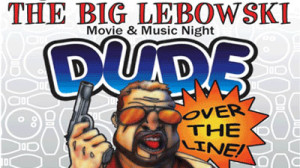 The Big Lebowski is one of those films that has achieved a cult-like following — it has an almost timeless comedic quality that makes it entertaining even after repeated viewings.

It’s no surprise, then, that 12 years after it was first released, Arlington Cinema ‘N’ Drafthouse (2903 Columbia Pike) is expecting a big crowd for “Dude Fest: The Big Lebowski Movie and Music Night” tonight.

The evening will start at 7:30 with music inspired by the movie and music from the actual soundtrack. Then at 8:40 there will be trivia, bowling and awards for best costume (come dressed as your favorite character). Finally at 9:00, the big moment as the Big Lebowski is shown on the big screen.