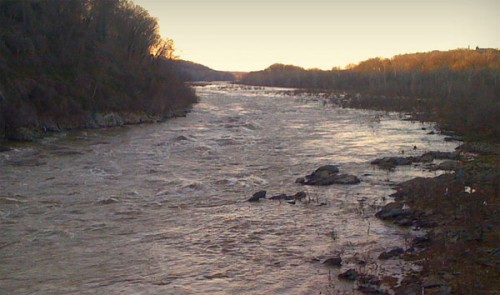 Last Chain Bridge Closure — Starting around 9:00 tonight Chain Bridge will once again close completely to traffic and pedestrians. Crews will be working to repave the bridge deck, the Washington Post reports. The bridge is expected to reopen on Monday morning. This should be the last full closure of the bridge, which has been undergoing a year-long rehabilitation process.

Murray Objects to Straw Poll — Patrick Murray, Berry’s competitor for the eighth district GOP nomination, sent a strongly-worded email to supporters calling a straw poll that will be conducted at Saturday’s district Republican convention “illegitimate.” Murray says charging $20 for votes and not limiting the number of votes conflicts “with many principles for which our Republican Party stands.” Murray’s campaign also objects to the possibility of illegal aliens voting in the straw poll, since identification won’t be required.

Slapsticon Returns to Rosslyn Spectrum — The Slapsticon vintage comedy film festival is returning to Rosslyn this summer. The Spectrum Theater will host the festival from July 15-18. Read more here.