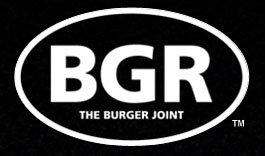 The Burger Joint, which recently opened its first Arlington store in the Lyon Village Shopping Center, has unveiled its latest menu item: the “Strasburger.” It’s — of course — an homage to rookie Nationals pitcher and new local hero Stephen Strasburg.

The sandwich features a beef patty, a hot dog (for Strasburg’s pro debut with the Phoenix Desert Dogs), “Syracuse orange” cheddar cheese (for his promotion to the Triple-A Syracus Chiefs) and 14 pickle slices (for his 14 strikeouts last night).

In what could be described as a tribute to Strasburg’s record-breaking $15.1 million contract, the Strasburger costs a whopping $10.99. But what you get is pretty tasty.

The burger, which has garnered plenty of local media attention, follows a long and storied tradition of naming sandwiches after sports stars whose last name ends in “burg” or “berger” (see: The Roethlisburger).

Let’s hope that The Burger Joint’s Lyon Village store can — as a tribute to Strasburg’s fast ball — speed up service. It was taking a full half an hour for burgers to be made around lunchtime last Thursday.

Next
Flasher Strikes at Pentagon City Mall, Next to VRE Tracks