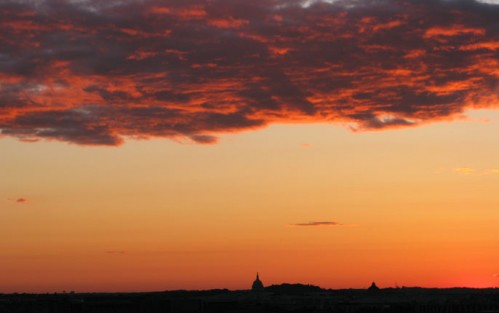 Hey Look, There’s Nightlife in Pentagon City — When the shoppers go home for the day, the mice come out to play. At least that’s what one graveyard shift employee at the Pentagon City mall told WJLA (ABC 7). She reported seeing as many as ten mice scurrying around the food court at night. She even captured some cell phone video of the rodents inside the new Yogen Fruz frozen yogurt stand. WJLA says their story prompted a visit from an Arlington County health inspector. We’re sorry to hear that the inspector had to take a break from tackling the county’s rampant lack of bread packaging in order to address a trivial rodent problem.

WUSA9 Attends Change-of-Government Debate — If you’ve been following the back-and-forth over the proposed change to Arlington’s form of government, you won’t learn anything new from this story. WUSA9’s Brittany Morehouse went to last night’s change-of-government debate at the Cherrydale Volunteer Fire Department and found a passionate but polite crowd. Morehouse summarized the arguments made by both sides, then described the genesis of the ballot initiative. “The issue stems from a beef between fire and police unions and the County Manager,” she said.

More Revelations in Wake Of Arlington Cemetery Scandal — Arlington National Cemetery spent more than $5 million on computerizing its antiquated records system with little to show for it, according to Salon.com. The site reports that criminal investigators have looked into questionable contracts authorized by Arlington National Cemetery Deputy Superintendent Thurman Higginbotham. Also this morning, the Washington Post is reporting that it has found several gravestones of unknown origin lining the banks of a small creek on the cemetery grounds. The cemetery says it’s investigating the finding.