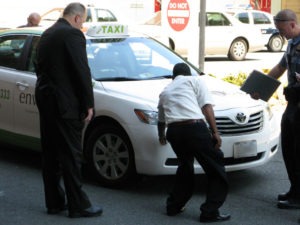 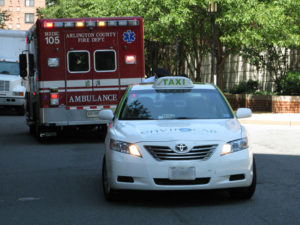 A pedestrian was struck by a Envirocab taxi just before noon today. It happened just outside the Nordstrom at Pentagon City mall.

The cab driver remained on scene and was talking to police. At one point he showed officers a small dent and scratches on the front passenger’s side bumper.

The victim was taken to a local hospital via ambulance. His or her condition is unknown.