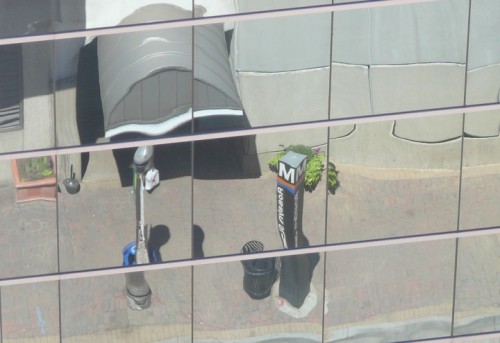 Veggie Garden at Central Library Feeding Those in Need — Did you know that Arlington Central Library now has its own vegetable garden? The garden’s first crop of leafy greens was harvested yesterday. All produce grown in the garden is being donated to the Arlington Food Assistance Center. UPDATE: We hear that Christie Vilsack, wife of Secretary of Agriculture Tom Vilsak, may visit the garden later this month.

Gov. McDonnell Wants a Say at Metro — Virginia Governor Bob McDonnell is making a heavy-handed push for the state to get two seats on the Metro Board of Directors. If he’s successful the seats may be taken away from Arlington and other Northern Virginia locales. More from the Washington Post.

Arlington MS-13 Member Sentenced — A member of the notorious street gang MS-13 has been sentenced to 20 years in prison for conspiring to extort money from a prostitution ring, the Arlington Connection reports. Prosecutors say the defendant, 23-year-old Alcides Umana of Arlington, is an illegal immigrant from El Salvador.

END_OF_DOCUMENT_TOKEN_TO_BE_REPLACED

More Stories
Jim Moran Gets His Own On Demand Channel, But Is It Fair?To Do This Weekend: Columbia Pike Blues Fest and Relay for Life