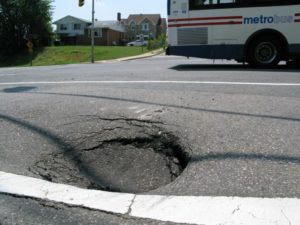 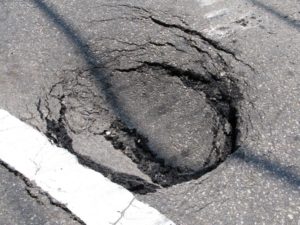 A tire-sized sinkhole has formed on the exit ramp from southbound Washington Boulevard to Columbia Pike.

The sinkhole, located in the right turning lane, appeared to have been partially filled in by a public works crew shortly after these photos were taken, but as of Saturday afternoon it remains a hazard to drivers.