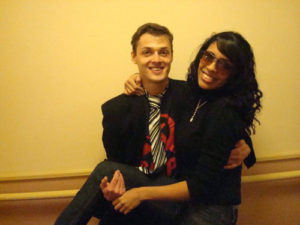 Gawker has grabbed a bunch of Facebook photos of Mikhail Semenko, the Arlington travel agent who’s accused of being a secret agent for Russia.

As it turns out, Semenko is a fan of parties, ironic t-shirts and Bill Clinton masks. He has just over 400 Facebook friends, although that number is steadily decreasing as his former friends dissociate themselves from him.

In 2008 a friend of Semenko said on the site, apparently as a joke, “Hi to our valiant spy deep behind the nasty Americans’ lines. Remember the teachings of Mao: destroy the filthy imperialist economy from within!!”