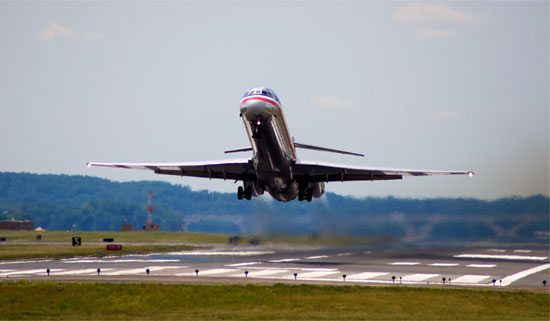 Near Misses for DCA-Bound Planes — An alarming number of close calls have been occurring in the skies over Washington. According to the Washington Post’s Ashley Halsey III, who knows a thing or two about aircraft accidents, there have been several recent near-misses involving planes on approach to Reagan National Airport. Inexperienced air traffic controllers may be part of the problem, Halsey reports.

Hot Hot Heat — Expect temperatures to touch or surpass 100 degrees today, as a dangerous heatwave envelops the east coast. A heat advisory will be in effect from noon today to 11:00 Wednesday night. With the high humidity, it could feel as hot as 110 degrees. Such temperatures could be deadly, especially for young children and the elderly.