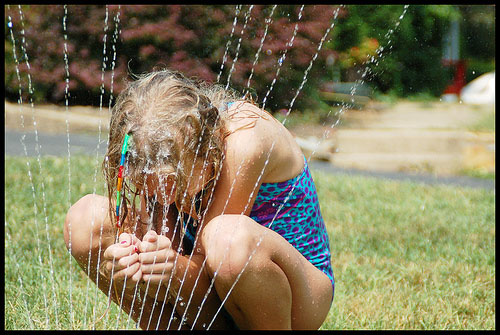 The Heat Returns — After a stormy but cooler start to the week, the sun and the heat are back. And for good measure, the rains of the past two days have left us with plenty of humidity. See the forecast from weather.com, which — in a non-Arlington-related aside — is in the midst of yet another baffling redesign.

Slapsticon Returns — Slapsticon, the vintage comedy film festival, is returning to Arlington with a full slate of films from the silent and early sound eras. The four-day festival, held at the Rosslyn Spectrum Theater, kicks off at 1:00 this afternoon. The highlight of the festival will come on Saturday, when The Thief Catcher, a lost Charlie Chaplin film that was recently found at an antiques sale in Michigan, re-premieres on the big screen.