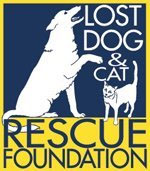 It was a tense eight hours for the Arlington-based Lost Dog and Cat Rescue Foundation on Saturday. A van filled with two dozen dogs and four cats was supposed to be en route from the organization’s ranch in Fauquier County, Va. to an adoption event in Seven Corners, but contact with the driver was lost and the van never showed up.

The foundation reported the van stolen and posted a plea for information about its whereabouts on their Facebook page. After eight hours, the van and its driver, a foundation employee who had been on the job for eight months, were finally located at the Vienna, Va. branch of the Department of Motor Vehicles.

“All the dogs and cats were fine,” foundation vice president Paul Blumberg said. “I think the humans were more distraught than the dogs.”

The van’s air conditioning had been on the entire time, preventing a potentially dangerous situation in the summer heat.

It’s still not clear what exactly happened. The employee said she got lost and her cell phone died, NBC4 reported.

Blumberg said he did not have a chance to talk with the employee, but she seemed upset. Since the animals were fine, and since officers did not suspect that the woman was under the influence of drugs or alcohol, police let her go home.

In the organization’s nine years in existence, nothing like this has ever happened, Blumberg said. He said the foundation’s board will discuss the incident and “see if there are any changes that need to be made.”

One such change may be putting a GPS tracking system in each of the organization’s vehicles, Blumberg said.

Despite the incident, the foundation was able to find homes for 49 dogs and cats this weekend.

END_OF_DOCUMENT_TOKEN_TO_BE_REPLACED

More Stories
Clarendon Grill Closes for RenovationsWhat Kind of a Restaurant Would You Like to See in Rosslyn?