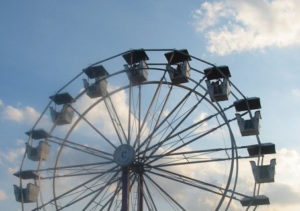 You can almost smell the deep-fried Oreos already. Yes, it’s that time of year again — the Arlington County Fair is nearly upon us.

New this year, a traveling educational show called Bixby’s Rainforest Rescue will make its Arlington debut. Bixby will bring with him a sloth, birds, snakes and other exotic rainforest animals. His 30-minute show will include lessons on the value of the rainforest and ways to save it.

This year’s fair will also mark the triumphant return of the racing piglets, who were conspicuously absent last year. The piglets and Bixby will both hold about five shows per day on Friday, Saturday and Sunday.

Plan on sticking around after dark on Friday and Saturday. The movies Up and Twilight: New Moon will be playing outdoors on the tennis courts. 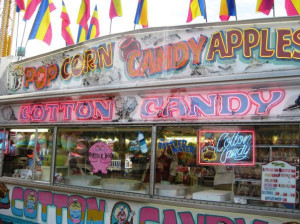 As always, dozens of vendors will be on hand with plenty of food, rides, and exhibits to keep the family fed and entertained and to lighten the load from mom and dad’s pocketbooks.

The fair will start on Wednesday, August 18 and wrap up on Sunday, August 22. It’s being held, as it has for the past 33 years, at the Thomas Jefferson Community Center (3501 South 2nd Street).

Here’s the bad news: there is no parking, except for handicapped spaces. And neighboring streets will be closed to non-local traffic. And there’s no Metrorail nearby. So you’ll either have to live within walking distance, take a bus, ride a bike or take one of the three fair shuttles, which charge $1 each way.

The shuttles run sparingly — every 30 minutes — and only pick up in three locations: