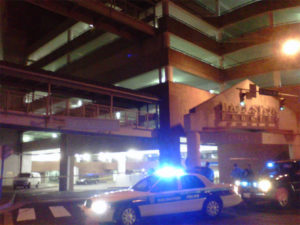 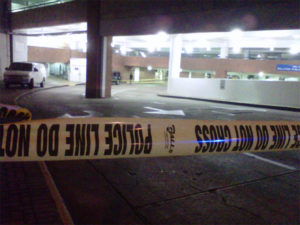 A woman fell several stories from the Ballston Public Parking Garage Thursday night, landing in front of a car that was about to exit the garage onto Glebe Road. The woman was alive when she was taken to the hospital but later succumbed to her injuries, police said.

The fall happened around 8:30 p.m. A police spokesperson was unaware of any witnesses other than the driver of the car.

Police are still investigating the circumstances of the fall. Suicide is the most likely scenario that investigators are examining, we’re told.

The County-owned garage is located on North Glebe Road next to Ballston Common Mall.