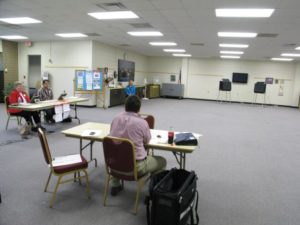 It was the last time Arlington voters would say no on a county bond referendum.

With less than three weeks to go before absentee voting begins in Arlington, it seems highly unlikely that the trend will reverse itself this year.

There is one important parallel to be drawn, however.

In 1979, like today, there was economic turmoil that had voters on edge about new spending. (Witness: the Glenn Beck rally that took Arlington hotels by storm over the weekend.)

The difference is that in 1979 interest rates were sky-high, making the cost of borrowing money prohibitively expensive. Now, interest rates are close to all-time lows.

In 1979, there were four bond issues on the referendum, including a $4 million local parks bond, a $1.7 million regional parks bond, a $4.7 million roads bond and a $2 million sewer bond. Both park bonds were rejected after the Arlington Chamber of Commerce and a group called the Committee of Concerned Citizens came out against them. The other bonds were approved.

The park bonds, which would have been used to maintain open space and beautify the Rosslyn-Ballston corridor, were supported by the county board and the League of Women Voters.

“We don’t want another Rosslyn,” the League’s Judy Sibert told the Washington Post a week before voters went to the polls. “We want the [Rosslyn-Ballston corridor] to be an attractive place to work in.”

The park bonds attracted less than 40 percent of the vote.

This year, there are four bonds up for voter approval: a $34 million Metro and transportation bond, a $6 million local park and recreation bond, a $18 million community infrastructure bond and a $103 million school bond (primarily to fund the construction of a new Wakefield High School).

Election turnout is expected to be light this year.