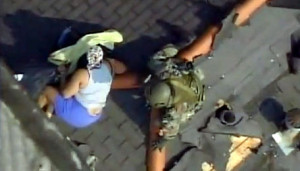 Five years ago, Suzette Walker was stranded inside her empty apartment building in New Orleans. Flood waters caused by Hurricane Katrina had surrounded the building. For eight days, Walker survived in an apartment hallway, until she was finally rescued via helicopter.

Now a “proud Arlington resident,” Walker recounted her survival story for the county-run Arlington Virginia Network. She recalled how she had a suitcase packed when Katrina hit, because she had been booked to go on a Carnival Cruise later that week. She also recounted how the kindness of a stranger helped her survive the ordeal.

Walker made it to Arlington by accident. She was on a flight to Houston to stay with family when the captain announced that Texas was no longer taking refugees and that the flight was now going to Washington, DC. Arlington, Walker said, put out the welcome mat after she arrived and she has been here ever since.