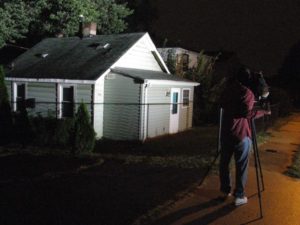 Neighbors say Paul Warren Pardus was an aberration: a quiet, reserved guy in an otherwise open and friendly neighborhood.

Outside Pardus’ home on South Kenmore Street in Nauck tonight, a steady stream of reporters and television news crews stopped by to interview neighbors about the man who just hours earlier was the biggest story on the national news.

Pardus had allegedly shot a doctor in the abdomen at Johns Hopkins Hospital in Baltimore after becoming “emotionally distressed” about the prognosis for his ailing, elderly mother. Then, as police surrounded the hospital room he had holed up in, Pardus fatally shot his mother, then himself. 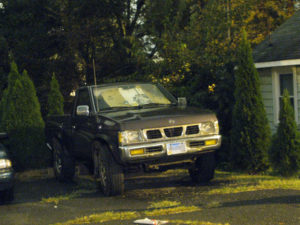 Neighbor Ronald Day said Pardus lived with his mother, was unmarried, had no kids, and was an only child. He said Day and his mother had lived in the small house on Kenmore Street for at least three years.

“He really loved his mother, he really did,” Day said. “He cared a whole lot about her… the only thing he was his mother.”

Day said the mother had become ill recently, prompting Pardus, a MetroAccess driver, to check on her often.

“He always came back to see if she was okay,” Day said.

But others weren’t as charitable in their assessment of the 50-year-old man who was only seen when coming or going from work or when doing yard work.

“He was just weird,” said Elaine Green. “We kept our distance.”

“It’s very surprising, but I wouldn’t put it past him… you never know what someone’s capable of,” she said.