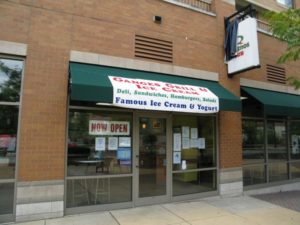 The Quiznos that used to quietly do business on the ground floor of the Reserve at Clarendon Center building (3000 North Washington Boulevard) is no more, replaced by a homegrown eatery: Ganges Grill and Ice Cream.

The store has a decent selection of sandwiches, salads and ice cream. A sign out front suggested there would be burgers — maybe they’re still working on that, because it wasn’t on the menu. There were, however, hot dogs.

Ganges just opened so some initial kinks are to be expected. But on a visit this afternoon there were actually a few too many issues for comfort.

The store lacked napkins. The lighted menu boxes on the back wall were still bare, displaying only fluorescent tubes. The paper menus were littered with barely-decipherable misspellings. The server behind the counter was friendly but spoke little English, resulting in an order getting messed up. The hot dog bun was freezer-burned. And the total charge was determined with a calculator Scotch-taped to the front of a new-looking cash register.

The biggest bright spot was the ice cream, which was pretty tasty.

It’s always good to see homegrown businesses run by hard-working entrepreneurs supplant chains, so let’s hope Ganges can get their act together soon. 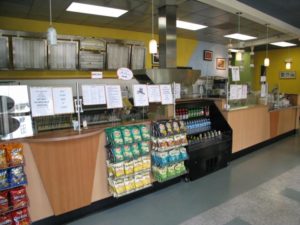 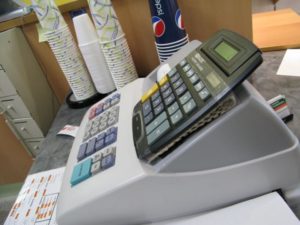 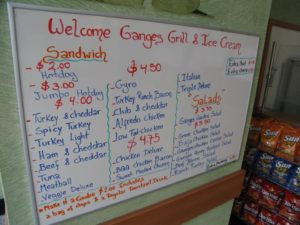 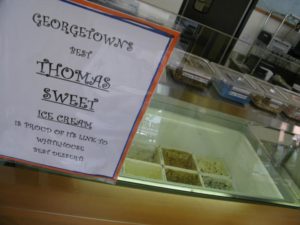