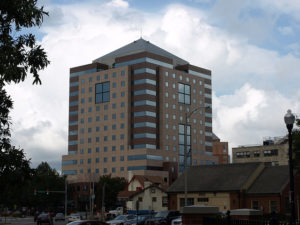 The Defense Intelligence Agency is leaving its Clarendon offices for a leafy, techie office park in Reston.

The Washington Business Journal reports that DIA plans to start moving employees to the new offices in 2012, and plans to complete the move by May 2013. DIA offices at the Pentagon will also be moved to Reston, WBJ reports.

DIA has been looking for a new lease for awhile now, but Arlington properties were reportedly not in the running.

The squad of private security guards who keep a close watch on the building’s entrances will likely move with the DIA offices, which should make the area a bit more hospitable.