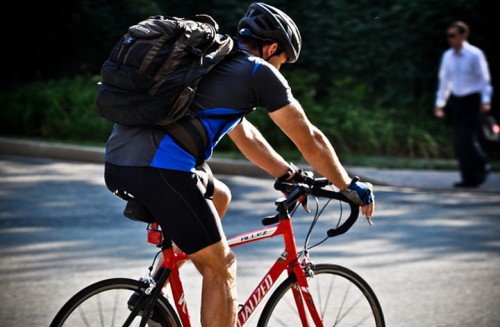 Happy World Car Free Day — As mentioned earlier, it’s Car Free Day, the day in which car commuters are encouraged to consider alternatives to driving solo to work. Thousands of people in the DC area have signed a pledge to keep their car at home today, according to the Metropolitan Washington Council of Governments. If leaving the car at home doesn’t sound fun enough on its own merits, there will be a Car Free Day party from 11:30 a.m. to 1:30 p.m. at the Capital Bikeshare station at Crystal Drive and 23rd Street in Crystal City.

McCain Talks Tea Party At Murray Fundraiser — Sen. John McCain headlined a fundraiser for local Republican congressional candidate Patrick Murray on Monday. While speaking to Murray donors, McCain opined about the Tea Party movement, saying the “anger and frustration” of Tea Party members “justified.” McCain said Murray is someone who would listen to the Tea Party. More from Examiner.com.