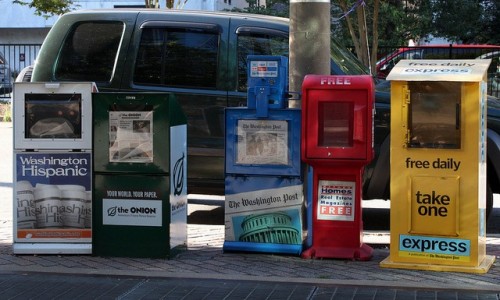 Will Capital Bikeshare Experience Distribution Problems? — Due to the one-way flow of commuters, bike share programs tend to experience some degree of distribution problems. At any given time, some stations will be full of bikes, making it impossible to return one, while other stations will be empty, making it impossible to rent one. Such a situation forces bike share officials to manually move bikes from place to place, adding costs to the system. More from TheCityFix blog.

Moran Throws Racy Fundraiser — Rep. Jim Moran is pitching a night at the theater for big donors — but they have to leave the kids at home. For $2,400, donors get two tickets to the anti-Vietnam War musical “Hair” at the Kennedy Center, along with an invite to a pre-show dinner reception. But the offer comes with a warning: “Please note: this performance contains strong language, mature content and brief nudity.” More from Politico.

Arlington Man Kicked Off Flight Due to Disability — Arlington resident Zuhair Mahmoud says a Dubai-based airline refused to allow him to board a flight because he is blind and was not traveling with a companion. The airline’s CEO says he’s sorry for the incident. More from the Associated Press.

Arlington Lawyer Stripped of License — An Arlington lawyer accused of practicing law without a license, who had his license to practice law reinstated in April, has been stripped of the license by the D.C. Court of Appeals. Howard Deiner is accused of representing families of children with special needs in cases while his license lapsed due to unpaid bills. More from the Washington Post.