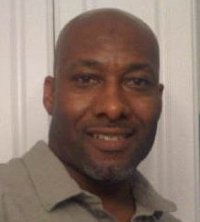 The motorcyclist who was killed in a crash on Route 50 last Friday will be remembered by friends and family at an Arlington funeral home this afternoon.

Gerald Glasper, a 41-year-old retired Marine, was pronounced dead at the hospital after his motorcycle collided with a car in the eastbound lanes of Route 50.

In a tragic irony, the man who police say was driving of the car, 25-year-old Jonathan Mendez, was himself a veteran — a Navy hospital corpsman — who deployed as a medic on a combat mission to Iraq with the First Marine Expeditionary Force, according to his LinkedIn page. More recently, Mendez had been working on a degree in emergency management from the University of Maryland. He has now been charged with manslaughter as a result the accident, according to police.

According to a friend, Glasper was a father who, after leaving the Marines, worked as a bar bouncer and as a construction project manager.

“He was a very special human being,” said the friend, who did not want to be identified. “I wish my son could grow up to be the caliber of a man that he was.”

On an obituary website, friends have been writing their memories of Glasper.

“I can’t begin explain how much joy you brought to everyone who knew you,” wrote Charles Galloway, a friend from the District. “You will be missed brother.”

“Gerald was a great Marine, a true friend and had a special soul,” wrote Richard Fisk, who served with Glasper at a base in Japan. “I will keep him and his family in my prayers. Rest in Peace Marine…Semper Fi.”

A memorial fund has been set up in honor of Glasper. Donations can be sent to Potomac Contruction Group c/o Matt Lentz, 1617 Swann St. N.W., Unit 2, Washington, DC 20009.

A memorial service is being held from 2:00 to 6:00 this afternoon at Murphy Funeral Home in Arlington. An internment will be held in California at a later date.