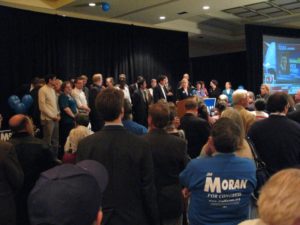 Arlington Democrats won a decisive victory Tuesday, pulling off a clean sweep on a night where voters kicked many of their national colleagues out of office.

Congressman Jim Moran, county board member Chris Zimmerman and school board member Sally Baird were all re-elected. All four proposed county bond issues, each supported by the Democrats, passed. No bond received less than 62 percent of the vote.

At the Democrat’s victory party in the Westin hotel in Ballston, Moran declared victory early, but tempered his remarks with a warning about challenges that lie ahead for the party.

“It appears pretty clear that we will have won tonight,” he said. “But the victory is bittersweet — this is going to be a tough night for Democrats nationally.” 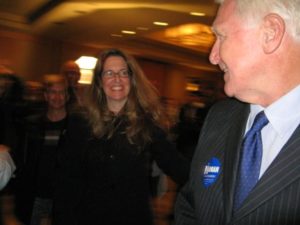 “We are going to work with the president for the next two years to fight efforts to take this country backwards,” Moran added. He said a “lack of civic involvement” and “extremist Tea Party views” were the downfall of his opponent, Republican Patrick Murray.

“I recognize that this is not simply a personal victory, but a statement about governance — an affirmation of the progressive values that I and my colleagues have worked to put into policy,” he said. “Arlington is a great community, and together we are making it even better.”

Arlington County Democratic Committee chairman Mike Lieberman credited volunteers for keeping the faith in a down year for Democrats.

“We worked this place,” he told the large and noisy crowd. 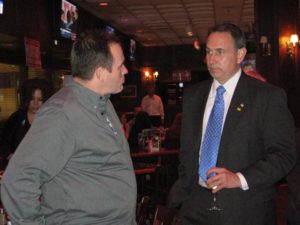 Murray, who was hoping for a closer race in Arlington and Alexandria, said his campaign fought hard in a district engineered to be safely Democratic.

“We ran a great race, the best race that has ever been mounted against Jim Moran,” Murray said. “It’s just a very tough district. I’m very happy with the effort we put out there.”

A close Murray aide summed it up with a football analogy.

Mark Kelly, Zimmerman’s Republican opponent, managed to keep Zimmerman under the 60 percent mark for the first time in his county board career, with some help from Green Party candidate Kevin Chisholm. 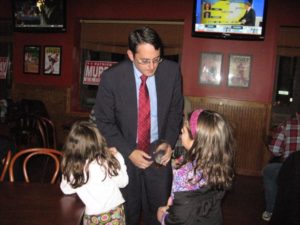 Zimmerman received 57.4 percent of the vote, compared to 35.9 percent for Kelly and percent for Chisholm.

Kelly won a plurality in Crystal City and Aurora Hills, where he lives. He won a majority in the Madison/Old Glebe neighborhood in North Arlington.

“It’s still an uphill climb here in Arlington,” Kelly said at his campaign party at Clarendon’s Hard Times Cafe. “I thought we ran a great campaign. People saw the Republican party out there… we made a good case as to why we should have at least one seat on the board.”

Arlington Democrats will gather at noon today at the Nam Viet restaurant in Clarendon for a post-election lunch. 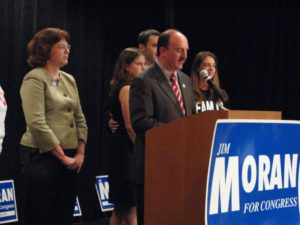 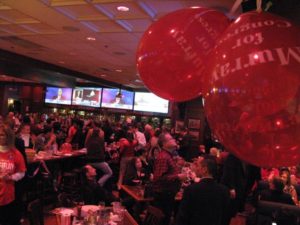