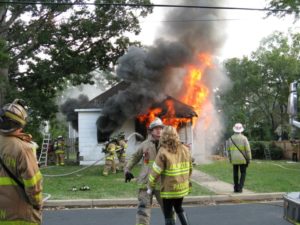 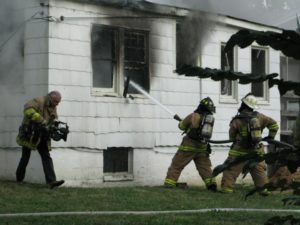 Neighbors aren’t too pleased with the made-for-TV house fire set by firefighters in Barcroft last month.

Whereas the Arlington County Fire Department burned a house in Barcroft on S. 8th Street on October 19, 2010, producing billowing clouds of thick black smoke and leaving the building a charred hulk that is still giving off fumes; and

Whereas the notification to the immediate neighbors was received at 5pm on the previous day, and the telephone number given for questions was not answered, indicating that the Fire Department had decided not to consider any citizen concerns about the burning and giving insufficient notice for parents to make arrangements for moving their children for the day or for pregnant women to arrange to move elsewhere; and

Whereas there was no notification at all to the neighborhood at large; and

Whereas similar burnings have provoked protests in other neighborhoods; and

Whereas the burning of a typical older Arlington house produces toxic fumes from lead paint and other materials and in most cases releases asbestos fibers; and

Whereas in an era of concern about toxic substances and their effect on air quality the intentional burning of a home in a neighborhood is clearly an anachronism;

Now therefore the Barcroft School and Civic League recommends to Arlington County that the policy of permitting the Fire Department to burn homes in residential neighborhoods be recinded.

Adopted this 4th of November, 2010 by the Barcroft School and Civic League.