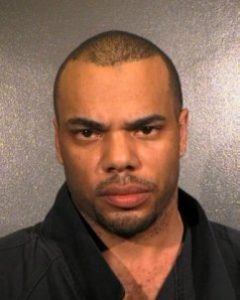 (Updated at 2:35 p.m.) An Arlington man has been arrested and accused of forcing two women to perform sex acts at gunpoint in a Crystal City apartment building.

The man, 33-year-old McKinley C. Joyner, used the web site Backpage.com to hire a prostitute, according to police. After the woman arrived at his apartment on the 2100 block of Jefferson Davis Highway, Joyner pointed a gun at her and forced her to perform a sex act, police said in a statement.

A friend of the victim, who was waiting in the lobby, then went up to check on her. Investigators say Joyner let her in and then forced her to perform a sex act at gunpoint, as well.

Police arrived at the scene around 8:00 a.m. Thursday morning, after being called by the woman’s escort agency. The agency became concerned after not being able to get in touch with their employee, police explained.

Joyner was arrested and charged with two counts of forcible sodomy. Other charges are pending, police say. He’s currently being held without bond at the Arlington County Detention Facility.

Joyner is listed as a co-founder and partner in New York-based firm Blazetrak, LLC, which specializes in allowing fledgling artists to “get directly in touch with established industry experts and celebrity talent.”

The company’s PR agency has not returned a call for comment.

Update at 4:40 p.m. — Joyner’s biography has been removed from the Blazetrak website.