(Updated at 12:55 p.m.) An office building on the 1500 block of Wilson Boulevard was evacuated around 12:15 this afternoon after smoke started pouring from a shaft in the building’s parking garage.

Firefighters quickly extinguished the small blaze by spraying water from a grate above the garage.

The fire forced the evacuation of at least one building. It also snarled traffic on Wilson Boulevard, where fire trucks completely blocked the road, bringing cars to a standstill.

Firefighters are in the process of clearing the scene and have reopened at least one lane on Wilson Boulevard.

Update at 2:30 p.m. — A cameraman from the Arlington Virginia Network happened to be walking by when the fire broke out. See AVN’s video of the incident here. 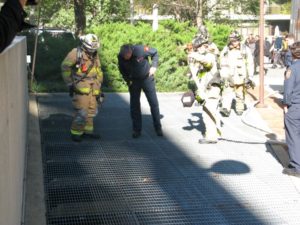 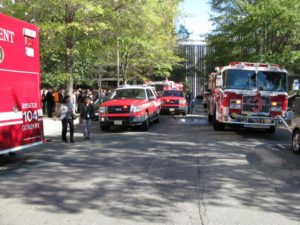 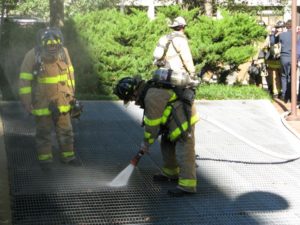 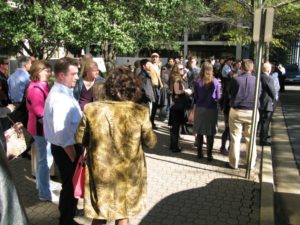 Read more →
More Stories
Back to the Future: Arlington’s Streetcar Lines, Circa 1900Metrobus Among the Vehicles Ticketed by Police in Rosslyn