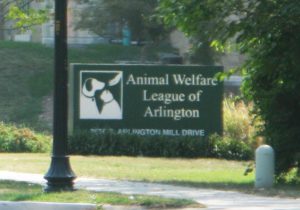 Among certain local animal welfare circles, the Animal Welfare League of Arlington has developed a bit of an unsavory reputation over the past couple of years.

Most recently, the AWLA Hawk published statistics showing that about 30 percent of all dogs and cats that entered the shelter in FY 2010 were euthanized.

Enter Neil Trent, who took over as the League’s executive director in September.

“Not on my watch,” he said, after being asked about the numbers.

Trent, who started his career in animal welfare more than 30 years ago as an animal cruelty law enforcement officer in the United Kingdom,  says that he is making collaboration a high priority in his effort to reduce the kill rate. 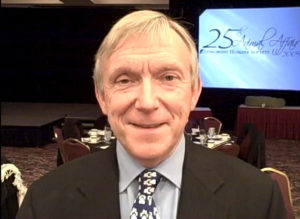 “Whatever we can do to try to get more animals turned around through the shelter process and out into foster homes or new homes as quickly as we can, that’s what our challenge is going to be,” he said. To that end, he’s pushing AWLA to be “more collaborative, to reach out more and engage more members of the community.”

“We are starting to network more with local rescue groups,” he said. “They do great work in finding homes.”

Trent has also been trying to bolster the League’s volunteer corps, in an effort to make shelter animals more visible at events in the community.

“If we get more volunteers, we’ll have more opportunity… to get more of our adoptable animals out to these outdoor events,” he said.

“We’re talking about living animals here,” Trent added. “They’re not just commodities sitting in a parking lot with a for sale sign on them. They’re living breathing creatures, and our role is to ensure that these animals get every possible chance that they can to make a very short spell here at the shelter and back into a good forever home as quickly as possible.”

On Wednesday, AWLA will host a workshop about feral cats with the group Alley Cat Allies. At least 50 people are expected to attend the event, during which Trent will discuss the new Trap-Neuter-Return program that he’s helping to implement.

Using food as a bait, the League will trap feral cats, spay or neuter them so they cannot reproduce, then release them back into the wild. The program is seen as a humane and more effective alternative to euthanization, and an example of the progress AWLA is making.

Trent says the League, which receives more than half of its $2 million budget from the county for providing animal control services, is also focusing on providing medical care to animals.

He says the shelter, which has an open admission policy, receives many older animals from owners who either can’t afford or can’t cope with their pet’s medical issues. To encourage owner to keep older animals, the League has set up a medical fund that can loan or grant money for medical treatment. The fewer older animals that are left with the shelter, the fewer euthanizations will be necessary.

Trent says AWLA is a “wonderful organization” that has been “undergoing some issues,” but insists that the League’s board is taking criticism seriously.

“We don’t want to circle the wagons,” he said. “There is always room for improvement.”

END_OF_DOCUMENT_TOKEN_TO_BE_REPLACED

More Stories
Do You Have What It Takes To Be an ACPD Officer?Va. Legislature May Consider Tough Immigration Measures